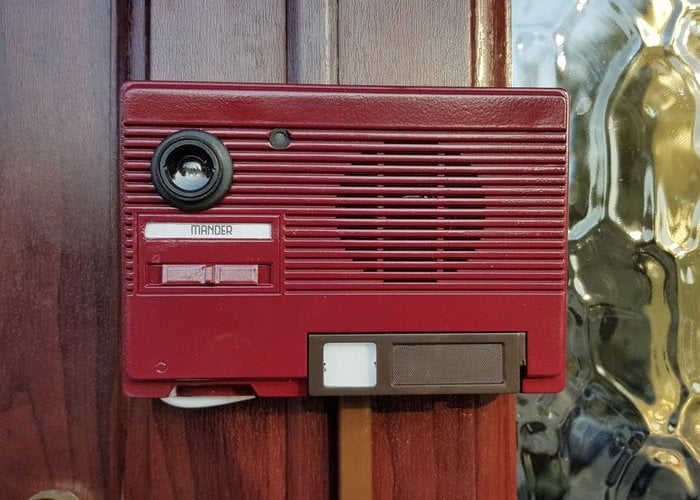 “The PiNG Video Doorbell is powered by a Raspberry Pi and is retro-stylishly cased in a 1986 Intercom and an old Sony cassette player. When the doorbell button is pressed the Pi makes a high-quality video call using Google Duo, which can be answered on a phone, tablet or computer, letting you see and speak to callers when you’re away from home (or at home but trapped under a cat). It works over WiFi and cellular, so you can even answer the door when you’re out pounding the streets.”

“It also sounds a standard wireless door chime inside the house as a fail-safe, in case the call can’t be taken. The setup and code are very straightforward, read on and I’ll show how you can make your own video doorbell from scratch in just a couple of hours for well under £50 (or for practically nothing if you already have a Pi and some components lying around!).”