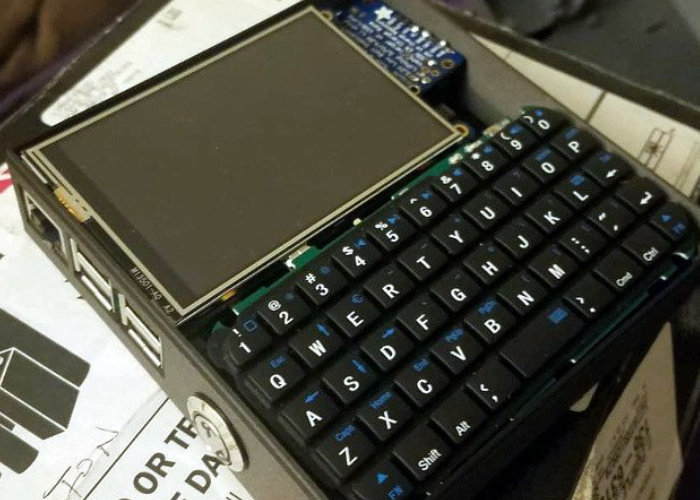 Raspberry Pi enthusiasts looking for inspiration for projects to keep them busy over the next few weeks may be interested in this, Raspberry Pi powered portable terminal Apple named the PiPuter.

Created by Reddit user “remag293″the awesome build incorporates a couple of extra components such as the PowerBoost module to control the charging and distribution of power from the 3.7 V 4400 mAh battery. 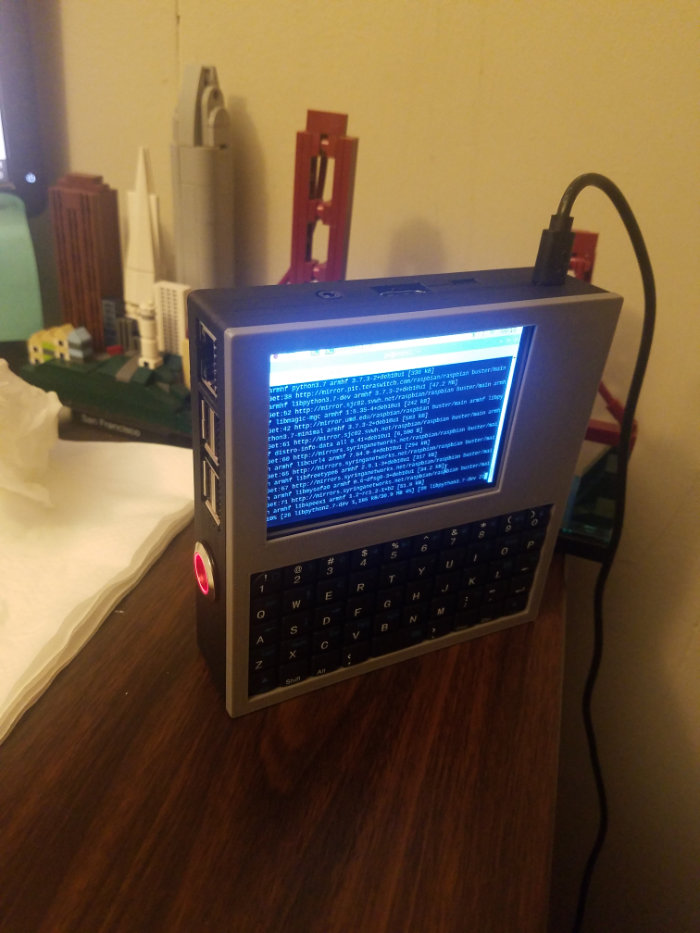 “This was my first raspberry pi project. Never really solder before and was probably the hardest part fqor me. Spent a few years just having the pi to afraid of diving into the electronics but it really wasn’t bad. If your are even half decent at soldering, this project shouldn’t be hard, 2/5 dificulty. The screen is a pulg, run some code and play type deal. On the screen it has a handful of gpio pins passed over so you can still do things. GPIO pins 4 and 6 (blue and green wires) connect to positive and negative on the powerboost board to power the raspberry pi. GPIO pins 1 and 9 (orange and yellow wires) power the keyboard, I soldered wires (blue, purple, white, gray)to the powerboost that connect to the switch to control the power. the battery just plugs right into the power boost board.

I Designed a handful of iterations in Space Claim and slowly got it all to fit right. I’ll share the STL files when I finish prototyping, still have minor issues. The top and bottom is held by a single M3 screw and heat insert into the cap. wires could be a little longer but That will be for the next version. Also thinking about adding a camera in the next version too.

The screen is nice that it is touch display but it has a terrible refresh rate so watching any video is not going to happen. Also when you install the driver for the screen it sets the HDMI output to that of the screen 320×480, so thats kind of a downside.”