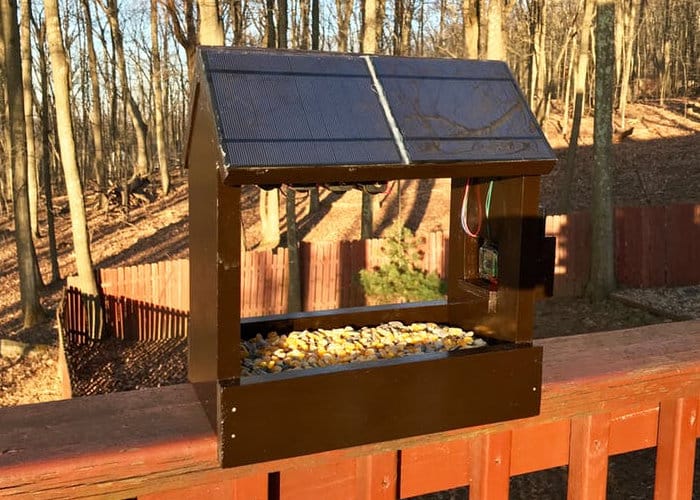 Makers and Raspberry Pi enthusiasts looking for a project to keep them busy, may be interested in this awesome Raspberry Pi solar powered nature camera created by Hackster member Reichley, who was Kindly published instructions and a list of all your components required to build your very own.

The project combines basic woodworking skills with Internet of Things hardware and coding and has been specifically designed using the Raspberry Pi Zero W using an official Raspberry Pi camera module. The solar panels have been neatly attached to the roof of the bird feeder and provide enough juice to keep the systems batteries charged thanks to the 2.5W 5V 500mAh solar panels.

ReichleyExplains more about the inspiration behind the Raspberry Pi squirrel camera. “I live half a mile above sea level and am SURROUNDED by animals…Bears, Fox, Turkeys, Deer, Squirrels, Birds. Spring has arrived and there are LOADS of squirrels running around. I was in the building mood and, being a nerd, wished to combine a common woodworking project with the connectivity and observability provided by single-board computers and their camera add-ons.” To build your very own jump over to the official Hackster.io website by following the link below.