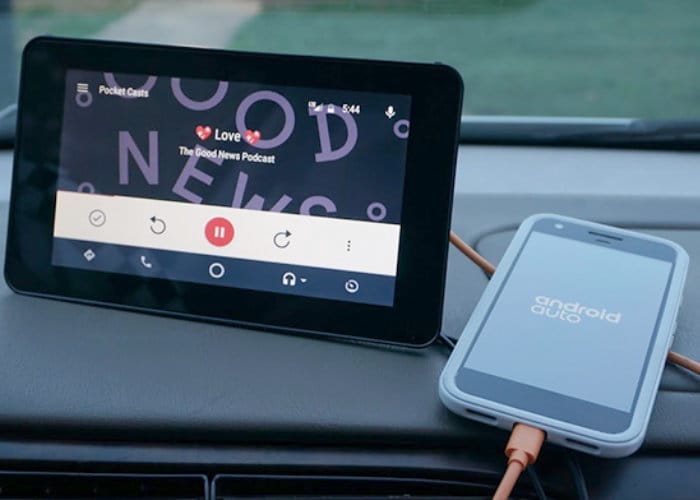 Android Auto users looking for a compatible head unit may be interested in a new DIY project called Crankshaft, that allows you to use the awesome Raspberry Pi 3 mini PC to create a touchscreen head unit for your vehicle. Created by developer Huan Truong, the Crankshaft system offers a free “turnkey” GNU/Linux distribution to which you need to add a Raspberry Pi, 7 inch touchscreen and a little time. Check out the demonstration video below to learn more about the Crankshaft Android Auto DIY system.

The system has been inspired by the lack of affordable AndroidAuto Head unit to fit his 1998 car, which is equipped with a single DIN slot. After coming across the Android Auto head unit emulator called OpenAuto, Huan wanted to create a simpler solution. Crankshaft is the result. Jump over to Reddit or his blog via the link below for more information how to create your very own.

“I am Huan, a grad student, a free software developer, and a blogger. I’m a big Android fan and you might have read some entries I wrote about Google Maps and Google Talk that were discussed on /r/android in the past. So I have been wishing to have an Android Auto unit for my old 1998 car for a while but they were expensive. Moreover, when I looked, none fits in my single DIN slot. Lately, I saw /u/f1xpl releasing his OpenAuto app to the public, I thought it’s the perfect idea because I could easily get a Raspberry Pi and a touchscreen for a cheap price and my dream would come true.”