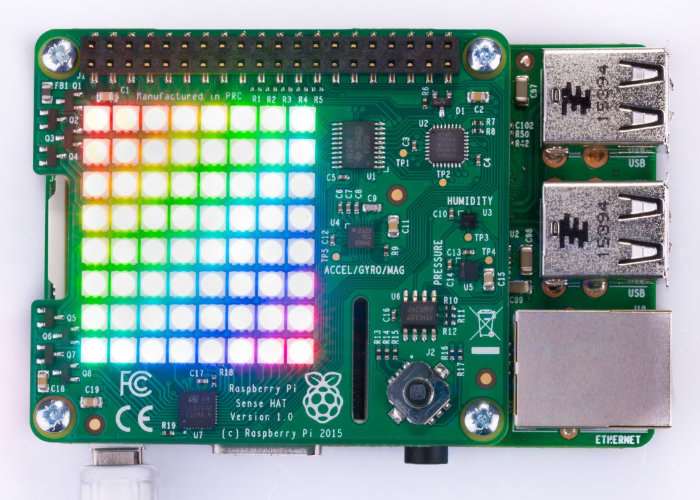 May be interested in a new article which has been published by Janina Ander for the official Raspberry Pi Foundation explaining more about the capabilities and features of the Sense HAT.

The Sense HAT is an add-on board for Raspberry Pi, made especially for the Astro Pi mission – it launched to the International Space Station in December 2015 – and is now available to buy. The Sense HAT has an 8×8 RGB LED matrix, a five-button joystick and includes the following sensors:

For more information jump over to the official Raspberry Pi website by following the link below. If you enjoy building Pi projects you might be interested in our comprehensive list of Raspberry Pi displays, HATS and small screens.