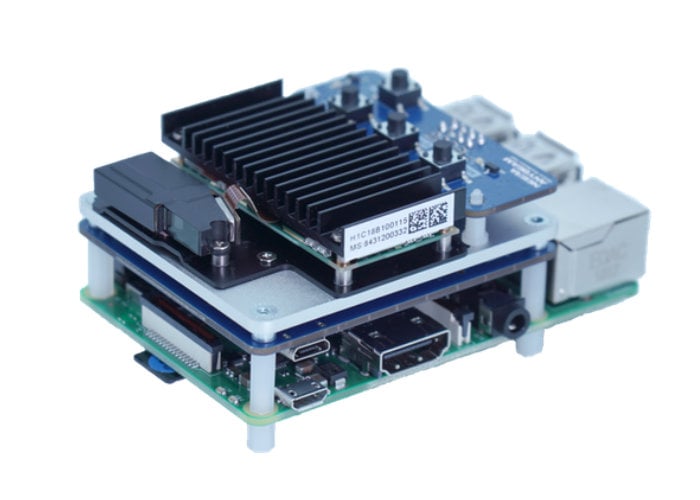 Makers and Raspberry Pi enthusiasts interested in building their very own mini Raspberry Pi home cinema projectors might be interested in the Nebra Anybeam, which was launched by earlier this month has now raised its required pledge goal to make the jump into production, with still 13 days remaining on its campaign. Watch the demonstration video below to learn more about the setup of the pocket projector and its features.

Early bird pledges are available from £189 for the Nebra Anybeam Raspberry Pi project a HAT and worldwide deliveries expected to take place sometime around August 2019. The pocket projector can be powered by a number of methods either directly from your mini PC, a computer USB port or even using power from your smartphone or tablet, says its creators.

“With HDMI compatibility your Nebra AnyBeam projector is compatible with pretty much every streaming audio, video or gaming service under the sun! And with the Raspberry Pi versions you can set up your own Kodi / OSMC home cinema set up in a matter of seconds – with a built in projector! AnyBeam works with any HDMI input – from phones, tablets and laptops to games consoles and beyond. With a wireless projector adaptor, a Fire TV stick or a Chromecast you can also stream content wirelessly to your AnyBeam projector with ease. “

For more details and full specifications jump over to the official Kickstarter crowdfunding campaign page by following the link below. “Whether it’s watching a film al-fresco with friends, delivering a presentation on the fly or bringing your ideas to the big screen – AnyBeam is the answer. And where traditional projectors would get hot and noisy, this laser projector is fanless, noiseless and you will never need to replace the bulb. This is a standalone device that you can plug into your smartphone, Fire TV stick, Chromecast etc. and start streaming your content!” 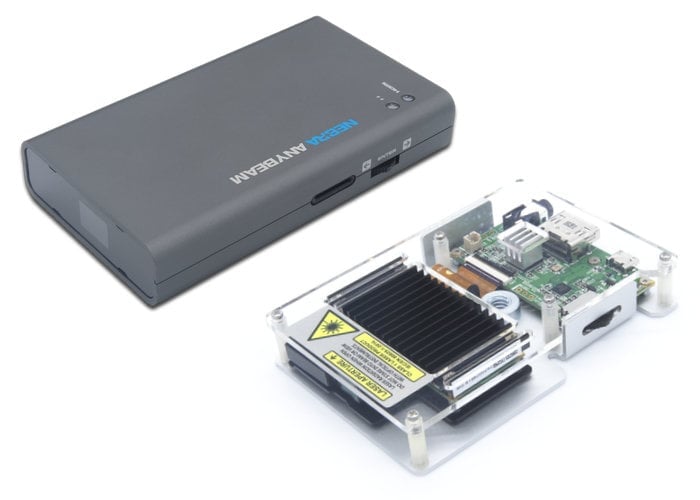