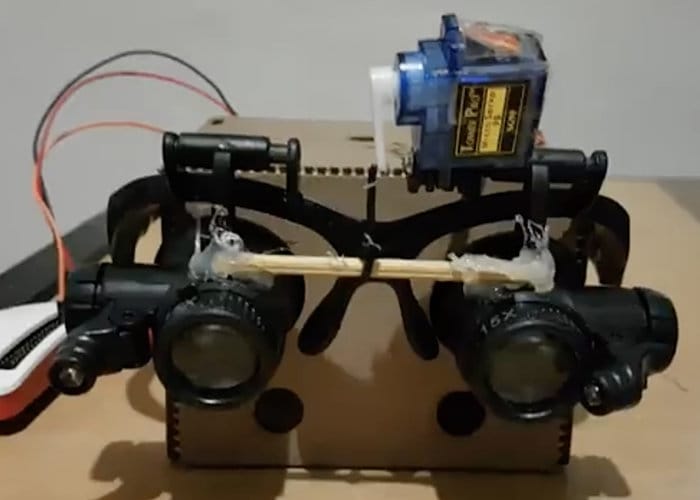 Maker and developer Mauro Pichiliani has used a Raspberry Pi Zero mini PC to create a very unique pair of magnification glasses that can be controlled using your voice. Check out the demonstration video below to learn more about the unique magnification glasses, that use a mini PC, servo motor and the IBM Watson speech-to-text service to great effect.

The voice-controlled magnification glasses have been designed to flip up and down when required allowing a wearer to keep their hands in position and alter the glasses hands free. The mechanism also uses the Raspbian operating system together with and a USB microphone and accompanying software.

Mauro explains more about the inspiration behind his voice-controlled magnification glasses. “Many professionals work for many hours looking at very small areas, such as surgeons, watchmakers, jewellery designers and so on. Most of the time these professionals use some kind of magnification glasses that helps them to see better the area they are working with and other tiny items used on the job. The devices that had magnifications lens on a form factor of a glass usually allow the professional to move the lens out of their eye sight, i.e. put aside the lens. However, in some scenarios touching the lens or the glass rim to move away the lens can contaminate the fingers. Also, it is cumbersome and can break the concentration of the professional.”

For more information on the project jump over to the Mauro Pichiliani YouTube channel by following the link.