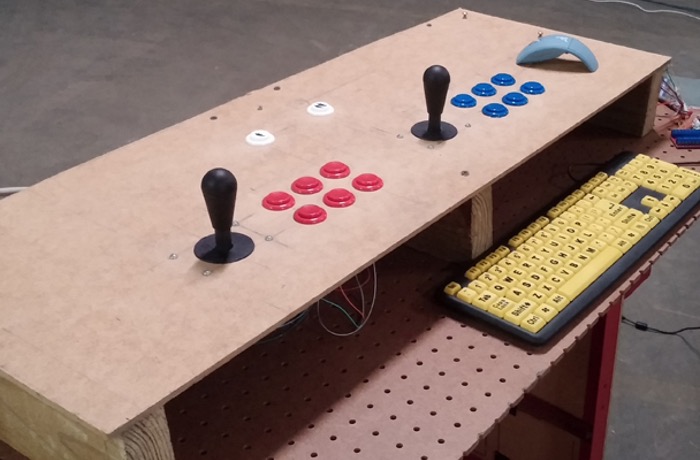 If you have been wondering what to do with all those extra USB ports included on the new Raspberry Pi Model B+ mini PC, you might be interested in a project by Cabe Atwell who has used them to great effect and attached custom-made arcade game controllers.

Cabe’s girlfriend really enjoys playing the Dance Dance Revolution arcade game but the retail versions of the dance pad controllers available to purchase in stores, were all a little too flimsy to be used effectively. Check out Cabe’s solution below which has been created to the exact size of the arcade controller. 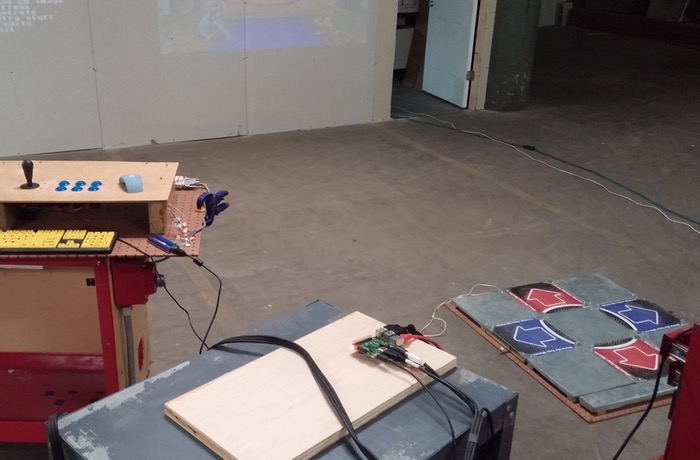 Cabe’s Dance Dance Revolution controller was originally made for use with the PlayStation One and PS2 games consoles and after being in storage for some time has now been dusted off and connected to the new Raspberry Pi Model B+.

Cabe has also created a set of awesome arcade style joystick game controllers complete with six buttons allowing him extra precision and interaction with fighting games such as Street Fighter. Check out the video below to see both the Raspberry Pi arcade game controllers in action. Cabe explains :

“I striped the PS1 and Sega Saturn gamepad PCBs off their respective DIY arcade controller I built. Originally I had my arcade controllers literally connected to the buttons of gamepads, like an external button.

For the Pi B+, I thought about doing something similar but with a keyboard. I didn’t want a big keyboard base laying around with a bunch of wires delicately soldered to it. So, I went out and found a USB keyboard adapter from an arcade parts supplier.

It was just a keyboard breakout board with A-Z and 0-9 represented with screw down terminals.
So, I bought one for each controller, the fight stick and dance pad. I chose a Pico Projector P300 for this project. It could project a 120” image. I bought one used off Ebay. It worked! Lucky.”

For more information on the new Raspberry Pi B+ project jump over to the Element 14 website for details via the link below.