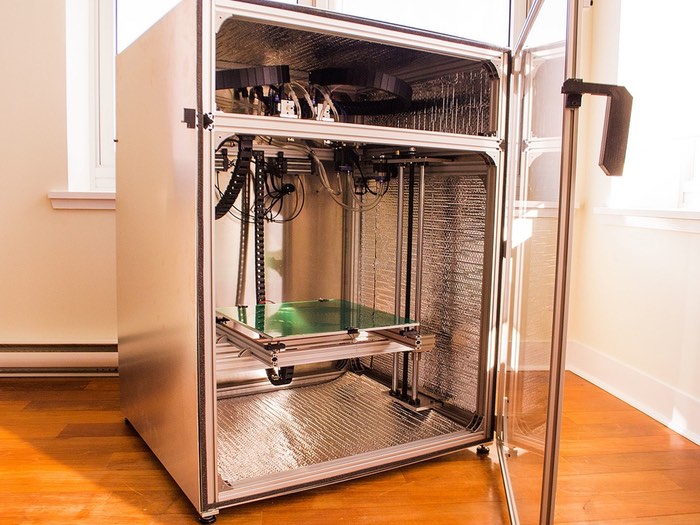 The Raspberry Pi single board mini PC is an awesome piece of kit and can be used for a shoot variety of different projects. One such example is the way that the Raspberry Pi computer has been used to help wirelessly connect the new AON industrial 3D printer to users.

Designed for professionals the AON 3D printer is available for early bird backers priced at $5,500 and has taken to Kickstarter to raise the $65,000 it requires to go into production. Watch the video below to learn more about this industrial scale 3D printer but at its core is equipped with a Raspberry Pi mini PC.

AON is a machine designed for the professional. Whether you’re a print bureau, manufacturing/engineering firm, researcher, or anybody else benefiting from 3D printing in their work, AON was built for you.

We ourselves started out as a print bureau but quickly ran up against the limitations of the consumer-grade 3D printers we were using. We were limited by size, frustrated by the high failure rates of dual extrusion, and could not combat warping and cracking in large prints with useful engineering plastics.

So we took the best of the hardware, software, and feature sets out there, and combined them into one comprehensive package. This is the printer we wish we had, now made available for everyone. We think you’ll like it too. We’ve also learned from the graveyard of failed Kickstarter launches – we’re only offering 50 units at launch to ensure we can deliver to all of our backers on time. It’s the least we can do to protect your investment!

Features of the AON include :

Jump over to the Kickstarter crowdfunding website for more details and to make a pledge.