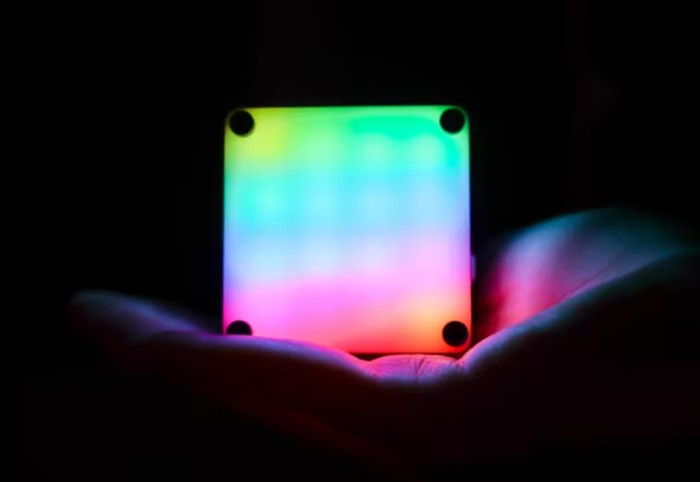 Raspberry Pi enthusiasts may be interested in a new accessory for the versatile mini PC taking the form of the PicoLight. A small rainbow NeoPixel matrix consisting of 4x4 LEDs and measuring just 52 x 52 mm. Providing a great way to add illumination to your next project or photography shoot enabling you to easily position multiple PicoLights to add extra creativity to your composition.

The unique Raspberry Pi accessory has been featured on the official MagPi blog this week providing further insight into what you can expect from the PicoLight created by the members of the open-source hardware community, Bucharest-based makers Alexandra Covor, Constantin Craciun, and Mihnea Stoica.

The PicoLight consists of two PCBs and a white acrylic panel (which is great for diffusing the light) sandwiched together with an encoder, used for adjusting the colour and the intensity of the light. Check out the video below for a quick overview of what you can expect from the illuminations of the PicoLight.

“PicoLight is the result – a Raspberry Pi Pico-based, minimalist adjustable light which is perfect for low-light photography, as project lead Alexandra shares: “Studio lights are great, but they are often too big and too bright for our tiny [hardware] projects, so this is where PicoLight comes in, being ideally sized.” Alexandra describes PicoLight’s user experience as “pretty simple”. It’s made up of two fully customised PCBs and an acrylic panel sandwiched together.

One PCB is a LiPo battery shield including a charging circuit and a power switch, while the other PCB is a 4×4 NeoPixel matrix with a Raspberry Pi Pico soldered onto the back. It also features a rotary encoder with a push-button, “used to switch between the functioning modes: colour adjustment, brightness adjustment, and rainbow mode, in which the LEDs cycle through all the colours.” They were a little concerned about how they would fit all of the features on it, but “then it hit us that we can actually build vertically, and add a new layer for every new feature we want to integrate, such as the battery charging module,” says Mihnea.”