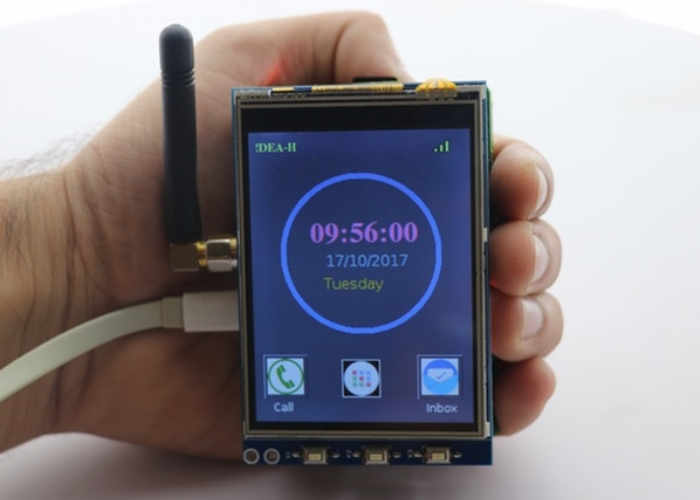 Raspberry Pi enthusiasts may be interested in a new modular Raspberry Pi phone created by SB Components that comes complete with Internet of things support. The DIY Raspberry Pi phone can be equipped with a number of different size LCD screens from 3.2 inches up to 5 inches in size all of which are powered by the Raspberry Pi mini PC. Watch the demonstration video below to learn more about this unique project which is launched via Kickstarter this week to raise the £10,000 required to go into production. The Raspberry Pi phone is now available to back with pledges starting from just £47 and delivery expected to take place during March 2018.

PiTalk is the first ever modular smartphone to be developed on the Raspberry Pi. It is compatible with Rapsberry PI zero , Pi 2 and Pi 3. Powered by python, the Pi Talk comes packed with a 3G module for blazing fast voice and data communication.  With the PiTalk, you can do anything a normal phone can, and much more. With it’s hardware designed with compatibility and modularity in mind, the PiTalk can be used with your own hardware or with your own specifications.

Ever felt that the built-in OS of your smartphone is pretty much basic and you want to customize it but the options available aren’t good enough? And the process of jailbreaking or ‘rooting’ is pretty much daunting or lengthy ? Well with our easy to use library in Python you can change pretty much EVERY aspect of the phone with editing just a few lines of code. And for all the geeks out there, you can develop your OWN APPS. Yes, with the PiTalk, you can insert your own apps developed on Python to better customize your phone or edit the apps already pre-installed in the software to suit your needs.

Jump over to the official Kickstarter campaign page by following the link below for more details.