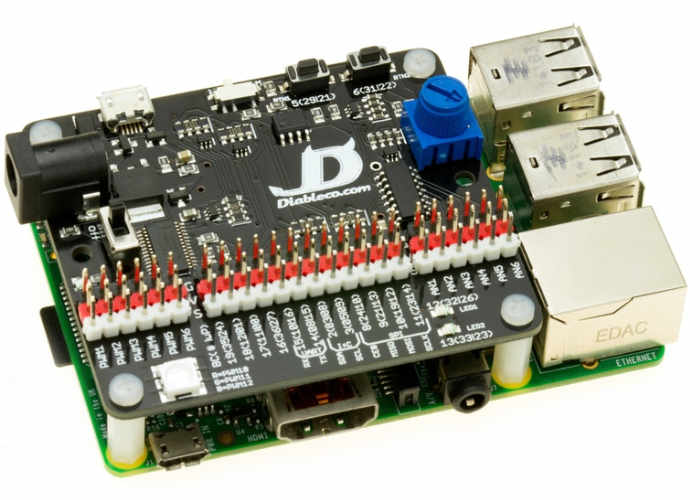 In few minutes with the raspiPRENDE HAT (HAT=Hardware Attached on Top) is achieved operate and program the inputs/outputs (I/O) more common in Electronics. It’s perfect if you want to learn how to handle LEDs, buttons sensors and basic electronics without the use of wires (there is nothing to assemble or solder). Why have different boards that add functionalities separately? raspiPRENDE includes everything and is as easy to use as Plug and Learn. All basics tutorial examples are available on board directly: LED, button, analog and PWM. A board that connect on top of your Raspberry to tinker electronics things with the included:

For more information on the raspiPRENDE Raspberry Pi add-on board jump over to the official Kickstarter campaign page where the hardware is available to back with pledges starting from €50 and shipping expected to take place during January 2018. If you enjoy building Pi projects you might be interested in our comprehensive list of Raspberry Pi displays, HATS and small screens.