If you are looking for something with a little more of a retro feel to house your Raspberry Pi mini PC in. Rather than the modern laser cut Raspberry Pi cases we have featured here on Geeky Gadgets.

You might be interested in the new old school keyboard Raspberry Pi case which has been created by master modder Ben Heck, and been inspired by the fabulous BBC computer built by Acorn back in the 1980’s. 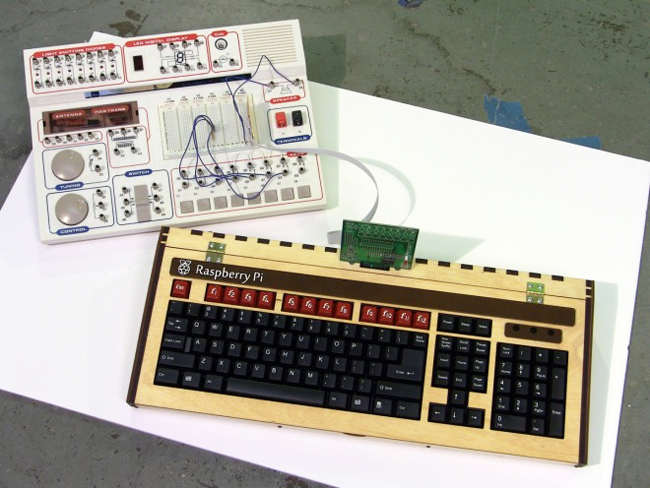 Ben has expanded on the DIY nature of the Raspberry Pi mini PC and created a wooden laser cut case with hinged keyboard. Allowing you to easily open up the case to access the Raspberry Pi computer inside, as well as providing the build with a old school desk feel.

So if you feel like creating something a little different for your Raspberry Pi computer tune in to Monday’s episode of The Ben Heck Show showing on July 9th 2012.