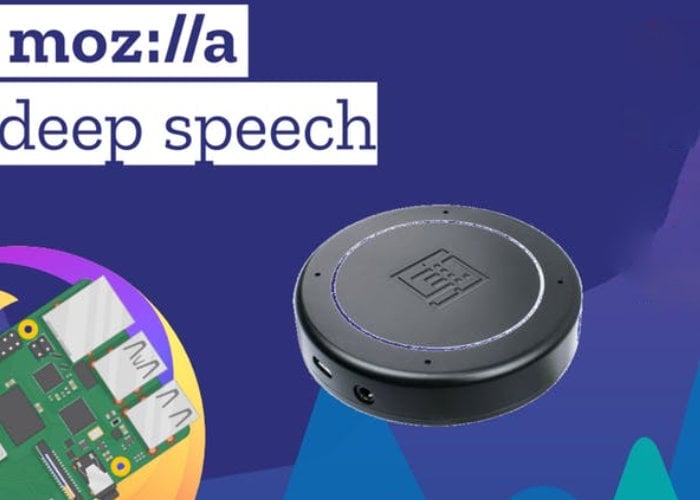 Raspberry Pi enthusiasts interested in setting up off-line speech recognition on their Raspberry Pi 4 mini PC may be interested in a project published to the Hackster.io website this week by member Dmitry Maslov. The project is based on Mozilla’s Deepspeech Engine 0.6.1 and is equipped with a re-speaker and offers a service “faster than real-time!” says its creator.

“In this article we’re going to run and benchmark Mozilla’s DeepSpeech ASR (automatic speech recognition) engine on different platforms, such as Raspberry Pi 4(1 GB), Nvidia Jetson Nano, Windows PC and Linux PC. 2019, last year, was the year when Edge AI became mainstream. Multiple companies have released boards and chips for fast inference on the edge and a plethora of optimization frameworks and models have appeared. Up to date, in my articles and videos I mostly focused my attention on the use of machine learning for computer vision, but I was always interested in running deep learning based ASR project on an embedded device. The problem until recently was the lack of simple, fast and accurate engine for that task. When I was researching this topic about a year ago, the few choices for when you had to run ASR (not just hot-word detection, but large vocabulary transcription) on, say, Raspberry Pi 3 were: CMUSphinx, Kaldi and Jasper.

A few weeks ago, I started looking into this area again and after some search has stumbled upon Mozilla’s DeepSpeech engine. It has been around for a while, but only recently (December 2019) they have released 0.6.0 version of their ASR engine, which comes with.tflite model among other significant improvements. It has reduced the size of English model from 188 MB to 47 MB. “DeepSpeech v0.6 with TensorFlow Lite runs faster than real time on a single core of a Raspberry Pi 4.”, claimed Reuben Morais from Mozilla in the news announcement. So I decided to verify that claim myself, run some benchmarks on different hardware and make my own audio transcription application with hotword detection. Let’s see what the results are. Hint: I wasn’t disappointed.”