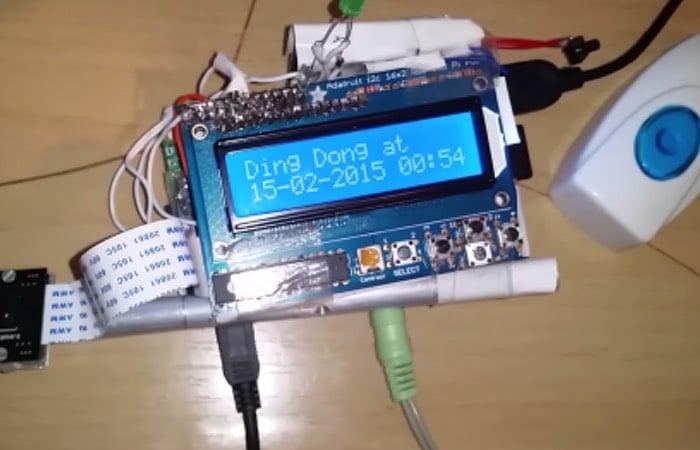 If your front door bell is looking a little 19th-century and lacking in modern features, such as a camera, you might like to give it a makeover using the awesome power of the Raspberry Pi mini PC and create a Raspberry Pi doorbell.

Ahmad Khattab has used the Raspberry Pi single board computer to add a wealth of features and Internet connectivity to the humble doorbell. Enabling it to send texts, stream video and notify you of callers, check out the video below to learn more.

The next generation Raspberry Pi doorbell has been created using just £17 worth of extra hardware, on top of the cost of the cost of a Raspberry Pi mini PC. Allowing users to have a doorbell that can call your smartphone to act as an intercom, text you (as already mentioned) or email you if preferred with a photo of the person calling at your door, or even live stream HD video footage. Khattab explains a little more :

“The doorbell is perfect if you miss a delivery and you were not at home and prevents you from waiting at home for someone to knock at your door. Notify you of who is at your door and could even be used as a security measure to catch criminals.”

For more information on the new Raspberry Pi doorbell jump over to the full instruction that have been created by Khattab and published as a Google Document.