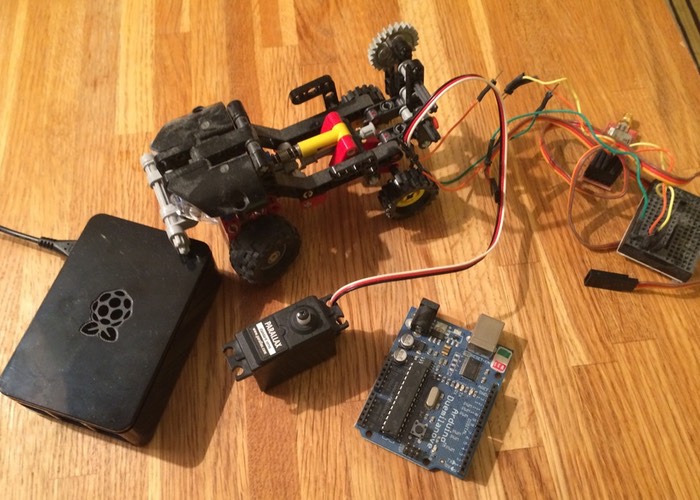 Makers, developers and hobbyists that enjoying creating robotic projects using the Arduino platform and Raspberry Pi mini PC. Maybe interested in a new robot Pi API that has been developed to enable you to control a robot from anywhere.

Its designer explains that the new robot PI API powered by Arduino and Rasp Pi hardware is capable of being controlling a robot by receiving sent HTTP requests.

“The idea for this project came from combining my love for electronics and robotics in combination with working with API-development.

I want to be able to control my robot by sending HTTP Requests in the browser. I will do this by creating a easy program that will control two servos on the Arduino-board. I will create an api for a raspberry Pi that will handle HTTP requests and interact with the arudino.

The reason why I created this Kickstarter project is that i need money for buying a license for IntelliJ development tool and parts for the robot as well as funds for hosting a website where I can document my work and share my source code and guide for how i built this robot and a guide for anyone who wants to create a robot off their own.

When this project is completed i will also try to build an Android and iPhone app so that you can control the robot with a smartphone but this is outside of the scope for this project.”

For more information on the interseting robot Pi API system jump over to the Kickstarter website for details via the link below.