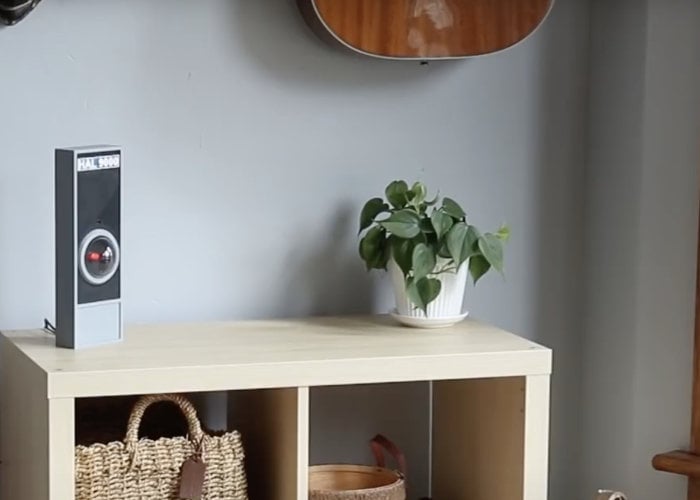 Raspberry Pi enthusiasts searching for projects to keep them busy over the next few weeks may be interested in this Raspberry Pi HAL 9000 (Heuristically Programmed ALgorithmic Computer 9000) project created by Zach Hipps.

HAL 9000 is the computer system from the science fiction movie Space Odyssey 2001, directed by Stanley Kubrick and novel written by Arthur C. Clarke. Both the novel and the film are partially based on Clarke’s 1948 short story “The Sentinel”, an entry in a BBC short story competition, and “Encounter in the Dawn”, published in 1953 in the magazine Amazing Stories. Check out the video below to learn how you can transform your Raspberry Pi mini PC into a HAL 9000 computer using Google Assistant.

“I show you how I made a Google Assistant using a Raspberry Pi. I went a step further and made it look like the HAL 9000 from the science fiction film 2001 A Space Odyssey.”