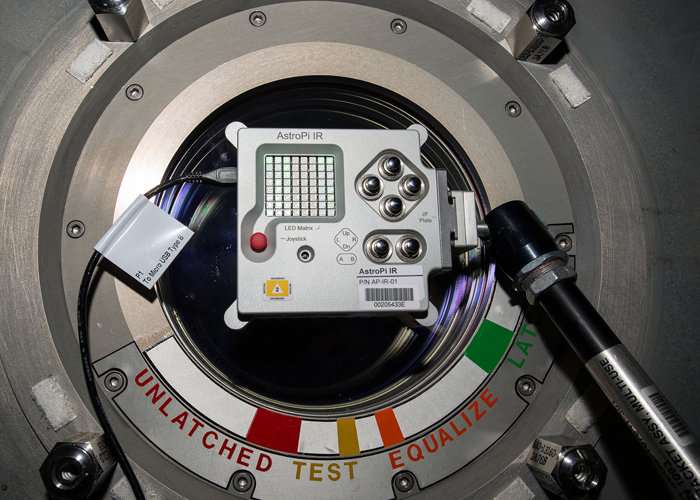 The Pi Challenge was launched last year in conjunction with the European Space Agency and CNES, more of which can be seen in the congratulations video directly from the International Space Station embedded below.

In 2015, we built two space-hardened Raspberry Pi units, or Astro Pis, to act as the platform on which to run the students’ code. Affectionately nicknamed Ed and Izzy, the units were launched into space on an Atlas V rocket, arriving at the ISS a few days before Tim Peake. He had a great time running all of the programs, and the data collected was transmitted back to Earth so that the winners could analyse their results and share them with the public.

The European challenge provides the opportunity to design code to be run in space to school students from every ESA member country. To support the participants, we worked with ESA and CPC to design, manufacture, and distribute several hundred free Astro Pi activity kits to the teams who registered.

For a full list of all the winners jump over to the official Raspberry Pi website via the link below. If you enjoy building Pi projects you might be interested in our comprehensive list of Raspberry Pi displays, HATS and small screens.