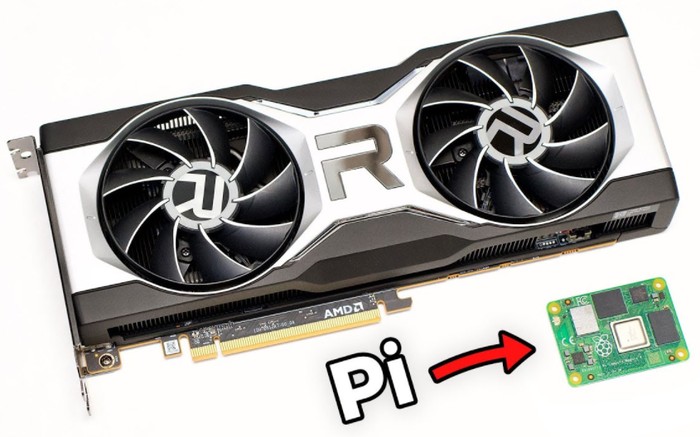 Raspberry Pi enthusiast interested in learning more about fitting high-powered graphics cards to their mini PC such as the AMD Radeon RX 6700 XT, are sure to be interested in a new video published by Jeff Geerling. During the video Jeff also shows how to customise the Raspberry Pi Kernel and compile it making a number of tweaks to suit the AMD Radeon RX 6700 XT graphics card.

If you’re not familiar with the The AMD Radeon RX 6700 XT graphics card it is powered by the companies RDNA 2 architecture, featuring 40 powerful enhanced Compute Units, the AMD Infinity Cache and 12GB of dedicated GDDR6 memory and has been specifically engineered to deliver ultra-high frame rates and powerhouse 1440p resolution gaming.

“I bought an AMD Radeon RX 6700 XT. I plugged it into a Raspberry Pi. This is what happened. I would give you a link to where you can buy one, but… you basically can’t. I’m thanking my lucky stars I could buy one at MSRP, because if not, I don’t think I’d be able to afford the keyboard I’m typing this on! If you like what you see, and want me to continue doing insane things with Pis and other devices—and maybe someday get an external GPU working on the Pi.”