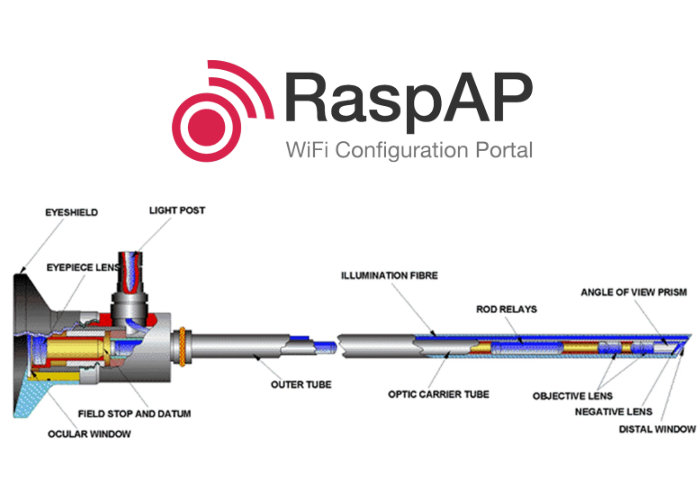 Researchers at the University of Cape Town set about developing an affordable wireless endoscope camera to rival expensive, less agile options, built using the low-cost Raspberry Pi Zero mini PC. Endoscopic cameras consist of a long thin flexible tube with a light positioned at the end for examinations into small spaces which would normally be in accessible. The Raspberry Pi endoscope was built for just $230 which is a huge saving when compared to wired options that cost around $28,000. Urologists at the University of Cape Town created the prototype. J. M. Lazarus & M. Ncube hope their design will be more accessible to medical settings that have less money available, thanks to the use of open source resources such as the RaspAP software.

“RaspAP lets you quickly get a wireless access point up and running to share the connectivity of many popular Debian-based devices, including the Raspberry Pi. Our popular Quick installer creates a known-good default configuration that “just works” on all current Raspberry Pis with onboard wireless. A responsive interface gives you control over the relevant services and networking options. Advanced DHCP settings, OpenVPN client support, SSL, security audits, themes and multilingual options are included.” 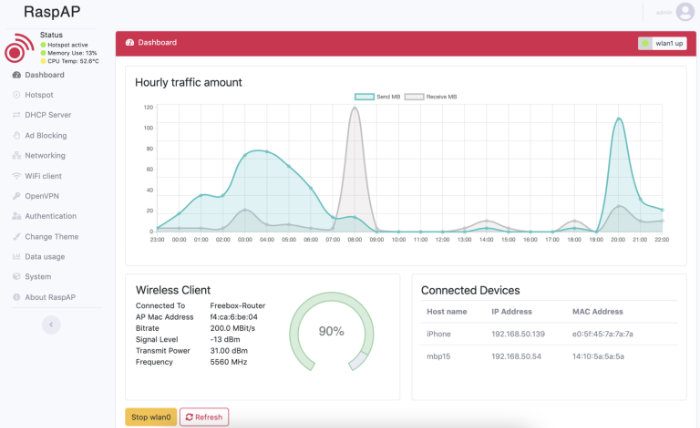 “Technology currently used for surgical endoscopy was developed and is manufactured in high-income economies. The cost of this equipment makes technology transfer to resource constrained environments difficult. We aimed to design an affordable wireless endoscope to aid visualisation during rigid endoscopy and minimally invasive surgery (MIS). The initial prototype aimed to replicate a 4-mm lens used in rigid cystoscopy.

In comparison with industry standard cystoscope lens, wired camera, video processing unit and light source, the prototype costs substantially less. (US$ 230 vs 28 000). The prototype is light weight (184 g), has no cables tethering and has acceptable battery life (of over 2 h, using a 1200 mAh battery). The camera transmits video wirelessly in near real time with only imperceptible latency of < 200 ms. Image quality is high definition at 30 frames per second. Colour rendering is good, and white balancing is possible. Limitations include the lack of a zoom.

For more details on the Raspberry Pi endoscope project jump over to the research paper published on the Springer Open website by following the link below.