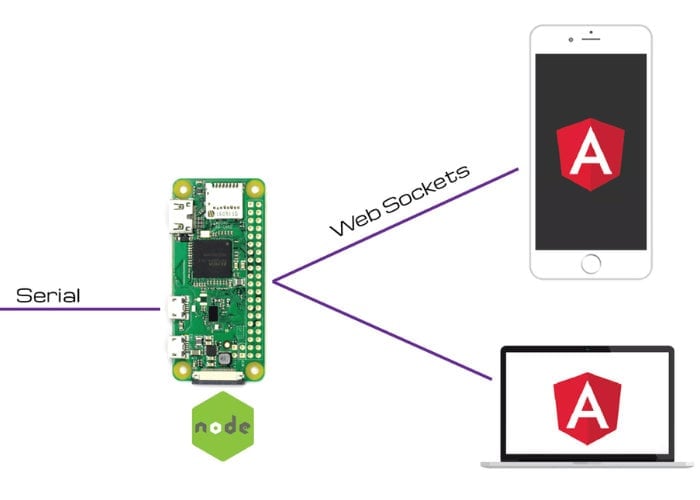 Raspberry Pi enthusiasts or web developers looking to combine the two may be interested in an introductory tutorial covering Raspberry Pi embedded Angular project can be used as a boilerplate for embedded Raspberry Pi projects and provides a custom Angular 7 UI. The tutorial has been classed as an intermediate skill level project and will take approximately 60 minutes to complete.

Components you will need to complete the Raspberry Pi embedded Angular tutorial included a wirelessly connected Raspberry Pi Zero W together with an Arduino Leonardo development Board and the official Raspberry Pi Raspbian operating system. This project set’s up a few handy things that form the base for a complete end-to-end system:

“This project is a boilerplate for creating devices that have a low-level control requirement with an Angular front-end. This example utilises a Raspberry Pi Zero to serve an Angular interface through NodeJS. The Node server then talks to an Arduino via Serial and passes the data to and from the front-end using web sockects. The Node server also keeps a History of your messages by saving them to JSON files so each client gets the same relection of the system state.”

Full instructions on how set up your Raspberry Pi with embedded Angular functionality jump over to the official Hackster.io website by following the link below.