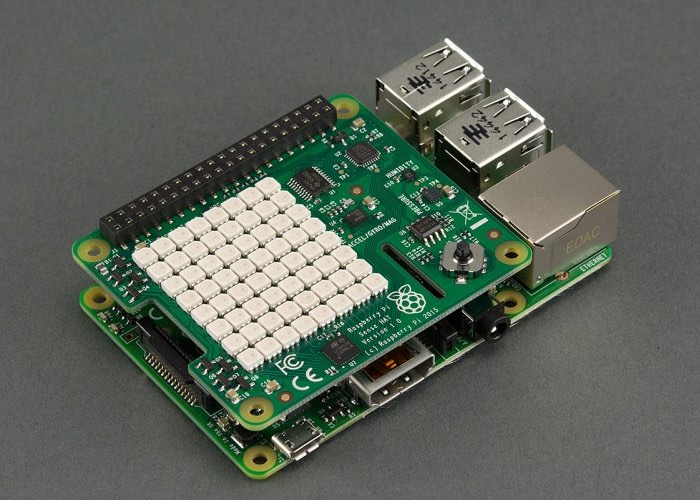 Following on from the launch of the Raspberry Pi web-based Sense HAT emulator that was launched last month and created in partnership with US based startup Trinket.

The Raspberry Pi Foundation has this week announced the launch of a new Raspberry Pi Sense HAT emulator which has been designed to run natively on your Raspberry Pi desktop rather than within a web browser.

The latest desktop Sense HAT emulator has been created by Dave Jones for those Raspberry Pi owners that have not yet invested in the Sense HAT but would like to play with its features and see what the HAT is capable of. The Raspberry Pi Foundation explains a little more :

The emulator closely simulates the Sense HAT hardware being attached to your Pi. You can read from the sensors or write to the LED matrix using multiple Python processes. Write your code in IDLE as before; there are also a number of examples that can be opened from the emulator’s built-in menu. If you then want to port your code to a physical Sense HAT, you just need to change

So, why do we need two versions?

– For offline use, possibly the most common way Raspberry Pis are used in the classroom.
– To accommodate the oldest 256 MB models of Raspberry Pi which cannot run the web version.
– To allow you to integrate your Sense HAT program with any available Python modules, or other Raspberry Pi features such as the Camera Module.

For more information on the new Raspberry Pi Sense HAT emulator jump over to the official Foundation website for details by following the link below. If you enjoy building Pi projects you might be interested in our comprehensive list of Raspberry Pi displays, HATS and small screens.