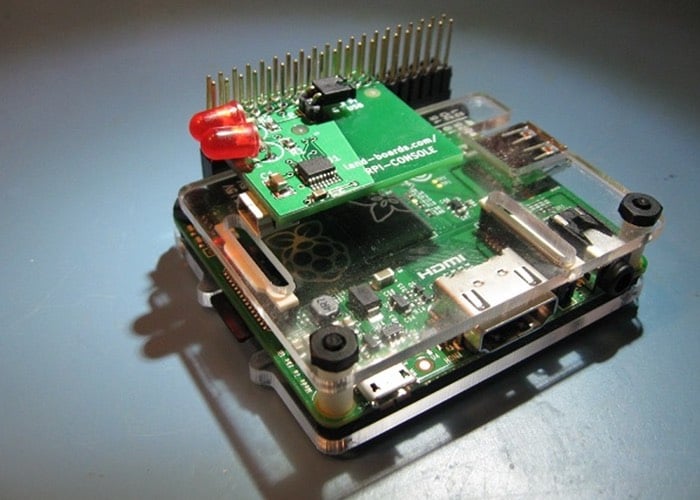 If you like to take your Raspberry Pi mini PC on the road but find yourself weighed down carrying an extra keyboard, mouse, monitor and power supply.

You might be interested in a new Raspberry Pi Console card which has been designed by Doug Gilliland and allows you to leave all the extra hardware at home.

The Raspberry Pi Console card has been designed to connect to the mini PCs GPIO pins and enables you to access the computer by connecting it to a laptop or similar.

The card uses the UART lines from the Raspberry Pi so these are not available for other uses. Also, the NOOBS operating system selector doesn’t output to the console port so if you are using NOOBS you may need to install Raspian or some other OS which does support console during boot.

Features of the Raspberry Pi Console card include :

For more information on the new Raspberry Pi Console card jump over to the Kickstarter website for details via the link below and make a pledge from $16 to be one of the very first to own one.