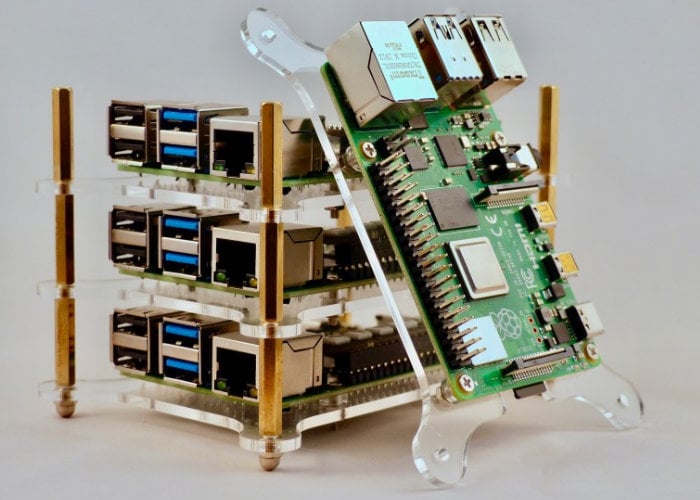 The operating system used to power the Raspberry Pi cluster is Raspbian Buster Lite which is used to control the four Raspberry Pi 4B computers combined in a four-berth chassis. “For the cluster to work, each worker node needs to be able to talk to the master node without needing a password to log in. To do this, we use SSH keys. This can be a little laborious, but only needs to be done once.”

“The concept of computer ‘clusters’ (many computers working together as one) is nothing new, but when you have a device as affordable as Raspberry Pi, you can start to rival much more expensive systems by using several in parallel. Here, we’ll learn how to make a cluster computer from a lot of little computers.” 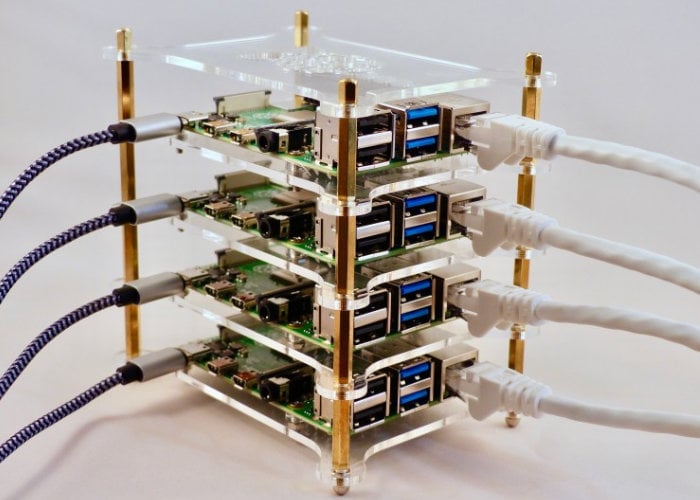 “A cluster of Raspberry Pi computers can start with as little as two and grow into hundreds. For our project, we’re starting with a modest four. Each one, known as a ‘node’, will carry out part of our task for us and they all work in parallel to produce the result a lot quicker than a single node ever could. Some nice ‘cluster cases’ are available, and we start here by assembling our Raspberry Pi 4B computers into a four-berth chassis. Many different configurations are available, including fan cooling.”

For more details on the bill jump over to the official Raspberry Pi blog by following the link below.