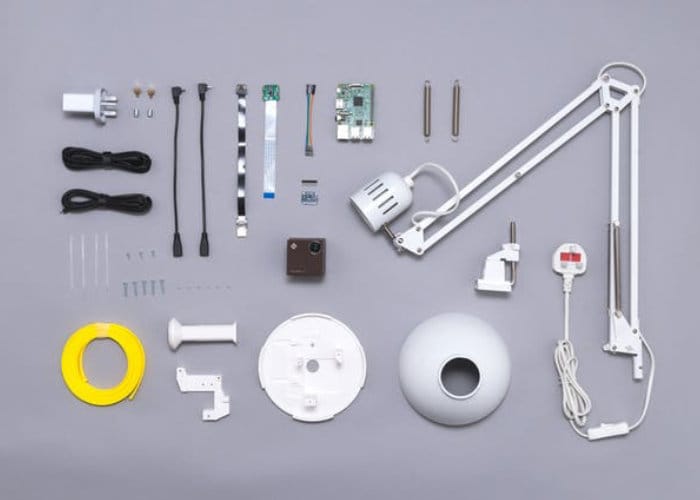 Makers, developers and hobbyists interested in creating amazing things using a Raspberry Pi or similar mini PC may be interested in a new augmented reality Lantern created by Nord Projects. The AR Lantern Has been constructed using an Ikea Tertial lamp combined with a 3D printed housing and off-the-shelf components such as the Raspberry Pi, laser projector, an accelerometer together with a few cables to connect everything together.

The Lantern is capable of transforming any surface into an ambient smart interface. “Using an Ikea lamp, laser projector and Android Things, Lantern explores the relationships between surfaces and content — augmenting real-world objects and environments with glanceable, meaningful data. It is built around the concept of ‘channels’ – mini apps that can be configured through the companion app, connect to data feeds online and display a projected UI. Lantern augments objects and environments with subtle, glanceable overlays. And when they’re no longer relevant, the UI just fades away.” Watch the demonstration video below to learn more about this unique project which also harnesses the power of Google Android Things.

If you’re interested in building your very own full instructions have been Kindly published to the Hackster.io website which can be accessed by following the link below.