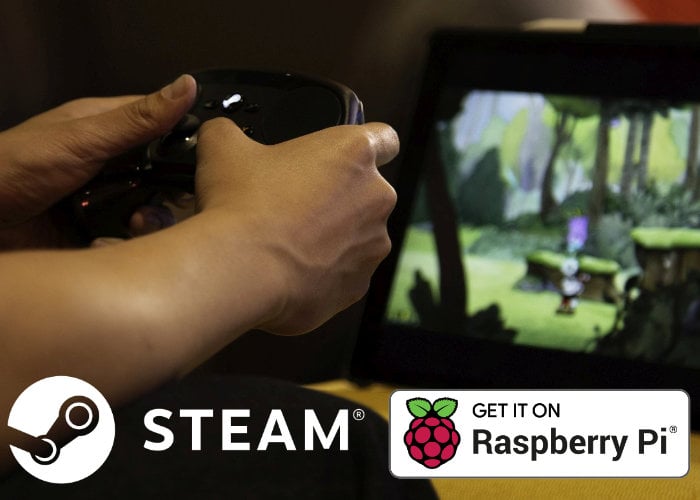 Since Valve pulled the plug on its Steam Link hardware those looking to create a link from their gaming PC to their large screen TV have needed to create their own alternative. One such project using a Raspberry Pi and the Steam Link application is easy to setup. Steam Link is available as an iOS, Android and Raspberry Pi applicarion and will allow you to quickly and easily connect both your large TV and PC with very little effort. PC Mag has created a great tutorial on what you need and how to set the hardware to stream PC games. At the current time Steam Link is only compatible with the Raspberry Pi 3 and later Raspberry Pi computers.

Using the Steam Link application on the Raspberry Pi similar to that of the mobile application with a few more steps during the setup process. Simply install Steam Link on your Raspbian operating system, a wired network is strongly recommended.

To install Steam Link on your Raspberry Pi, run the following from a command line:

To run, you can launch it from the Games menu, or run the following from a command line:

Support and troubleshooting are available here.

For the full tutorial jump over to the official PC Mag website by following the link below, or the Steam Link  for the Raspberry Pi Steam Link application.