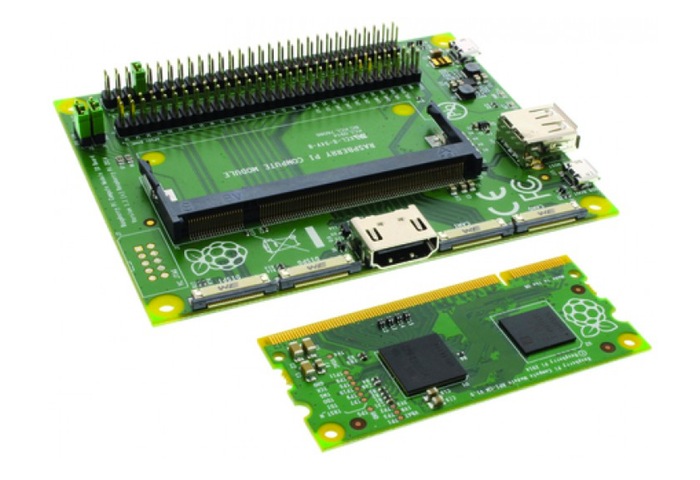 It has been revealed this week by the Raspberry Pi foundation that they are currently in the process of developing a new Raspberry Pi 3 Compute Module, which will include similar circuitry to that of the latest larger Pi 3 mini PC which launched back at the beginning of this year.

The Raspberry Pi 3 computer module is expected to be made available before the end of the year and will hopefully be in stores within the next few months. Eben Upton, founder of Raspberry Pi explained in an interview with IDG this week that the pricing will follow a similar pattern to the previous two-year-old Pi compute module.

As with other Raspberry Pi mini PCs the computer module will support both Linux and Microsoft Windows 10 IoT Core and is also likely to be compatible with SODIMM slots, which are cheaper than PCI or SDRAM slots and can carry high-speed signals reliably.

The Raspberry Pi 3 Compute Module will be equipped with a 64-bit ARM processor but unfortunately won’t have a wireless connection due to its small form factor as you would expect. As soon as more details are announced By the Raspberry Pi Foundation we will keep you up-to-date as always.