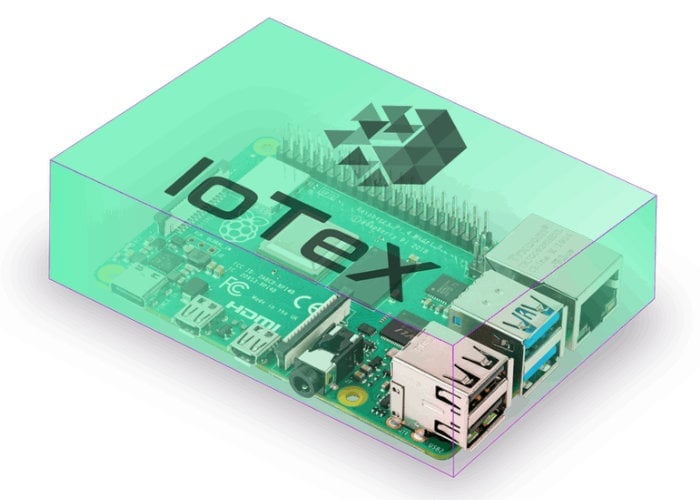 Raspberry Pi enthusiasts, or those interested in secure IoT applications such as Blockchain Gateways, may be interested in a new tutorial published this month to the Hackster.io website by Simone Romano. The project uses a Raspberry Pi 4 mini PC together with the IoTeX Blockchain software and has been classed as an intermediate skill level project which should take approximately 60 minutes to complete.

“Although “blockchain” sounds like a very complex matter, because of all that “cryptography”, “game theory”, “p2p networks”, and “distributed” kinds of stuff, it’s very simple to use. Don’t get me wrong: Blockchain is indeed one of the most complicated concepts in the IT space, but the “concept” of how to integrate it into your projects is instead pretty simple: once somebody else built the blockchain for you, using it in your project is not that complex after all!

So before speaking of the “how”, let’s first ask ourselves the “why”: why would you want to integrate a blockchain in your project? The main reason is simple: by using the blockchain you get peace of mind about security, which is probably the first and most important thing you don’t want to miss in a real-world Internet of Things architecture. But it’s not only about security: immutability of the data stored “on-chain”, traceability of transactions, and smart contracts can really unleash the whole potential of IoT!”

For the full tutorial and instructions on how to build a Raspberry Pi IoT Blockchain gateway, jump over to the Hackster.io website by following the link below.