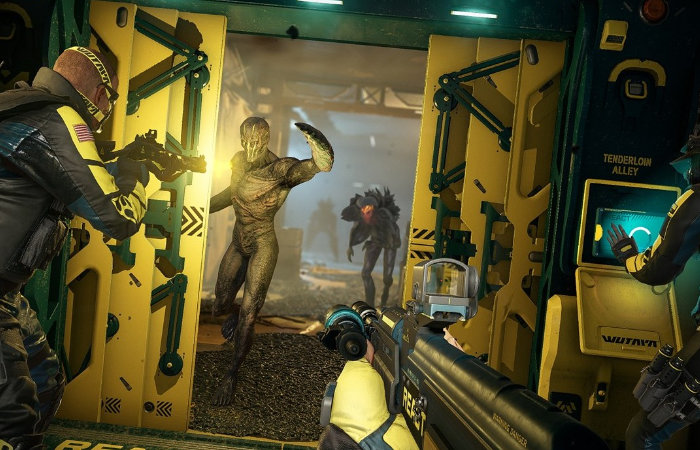 A new cinematic trailer has been released for the upcoming Rainbow Six Extraction game which will be launching on September the 16th 2021 and will be available to play on Xbox Series X|S, Xbox One, PlayStation 5, PlayStation 4, Amazon Luna, Stadia, and available to preorder from the Ubisoft Store and the Epic Games Store on Windows PC as well as Ubisoft+, the Ubisoft subscription service.

“As the threat grows, our Operators rise to meet it. In Extraction, Rainbow Six has been united under REACT. Their mission: learn about the enemy, stop its spread at all costs… and leave no one behind. Hibana has gone Missing in Action. See Operators Ela, Lion, and Nomad, under commands from Eliza “Ash” Cohen, mount a daring rescue mission, as they use intel, teamwork, and improvisation to save one of their own from a dangerous new enemy. Who’s Got YouR6?”

“Tom Clancy’s Rainbow Six Extraction is a 1 to 3-player cooperative tactical first-person shooter. Assemble your elite team of Rainbow Six operators to launch incursions into the unpredictable containment zones and discover the mysteries behind the lethal alien threat called the Archæns. Knowledge, cooperation, and a tactical approach are your best weapons. Band together and put everything on the line as you take on an unknown enemy.”