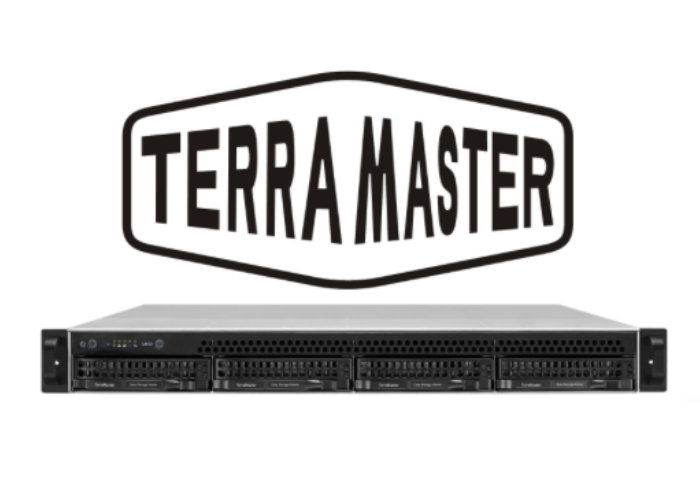 TerraMaster has launched their new U4-111 rackmount NAS this month making it available to purchase priced from $800. The TerraMaster U4-111 NAS is equipped with high-speed 10GbE port enables fast file access and sharing.

Using four Seagate IronWolf 6 TB HDDs in RAID 0, the U4-111 NAS can deliver speeds of up to 650/670 MB/s read/write via 10GbE networking. The four bays of the U4-111 are capable of supporting up to 18 TB hard drives, up to 72 TB storage capacity in RAID mode, or up to 108 TB storage capacity in single volume mode, and the rack mounted NAS features built-in 10 GbE networking and SSD cache technology. TerraMaster explains a little more.

“The TerraMaster U4-111 features the enterprise version of the TerraMaster TOS and supports a wide range of professional applications. It supports a full range of SMBs, AFP, NFS, ISCSI, and FTP file services. It also supports virtual machines like VirtualBox, a powerful open-source x86 AMD64/Intel64 virtualization tool. VirtualBox is used to establish virtual servers in storage devices which allow servers to maximize and take advantage of other server resource. VirtualBox can create an independent virtual server for testing applications. Users can also run different Operating Systems (OS) on the virtual server and stimulate an experimental environment for development purposes. Other supported professional applications include different backup apps for data security.”