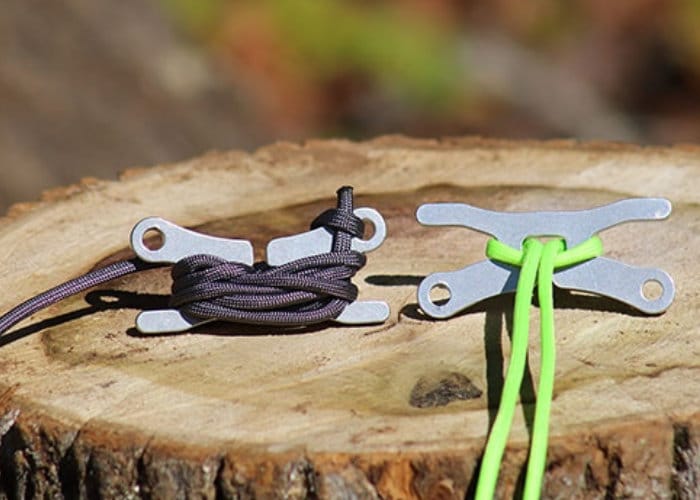 Campers, adventurers or anyone else that uses EDC cord may be interested in a new multitool which has been created called the QuickIT. Allowing you to attach, tie-off and store your cord quickly and easily. Watch the demonstration video below to learn more about the QuickIT EDC cord multitool which has this month launched via Kickstarter to raise the required $12,800 its designer needs to make the jump into production.

Constructed from high quality, aircraft grade, 6061-T6 aluminium the small device has been specifically designed to be used with 550 paracord or other cords of the same size or smaller such as tent lines, tarp lines, bug nets, cargo, canopies, fishing rigs, kites and more.

The easily adjusted QuickIT provides a wealth of different functions and is small enough to slip into your pocket, backpack or coat. Pledges are available from $18 for a set of two QuickIT cord multitools, which come supplied with 14ft of high quality 550 paracord manufactured in the US.

“Tie up a sleeping bag, hang a bear bag or use it to help apply a tourniquet… it will work. Use it as a hook to fish out your keys from a street drain or use it as a trigger for a trap, water balloon launcher or trebuchet.  Use it to store your cord in a nice compact package.”