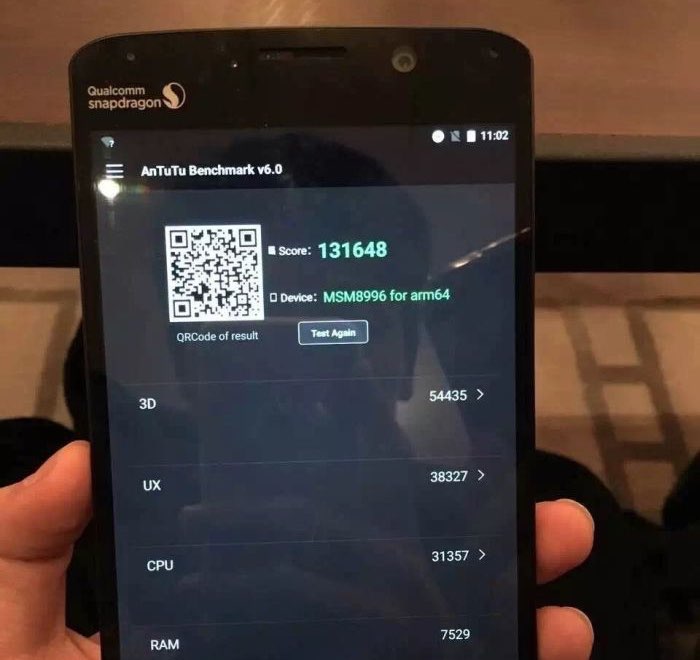 The new Qualcomm Snapdragon 820 was revealed recently, the processor is expected to appear in many of next years flagship smartphones like the Samsung Galaxy S7.

Now a Snapdragon 820 Reference Smartphone has been benchmarked and the device is showing some impressive results.

The handset was benchmarked using the AnTuTu Benchmark 6.0 and the device score 130,000 points, this compares to around 123,000 points for the new Apple A9x processor.

As well as Samsung were are also expecting other manufacturers like HTC, Sony and more to use the new 820 Snapdragon processor in their devices next year.

Samsung are epxected to be one of the first company’s to release a smartphone with the new processor, the Samsung Galaxy S7 is rumored to be made official in January and then launch some time in February.