Qualcomm recently introduced their new flagship mobile processor, the Qualcomm Snapdragon 800. The guys over at Engadget have been trying out the processor on one of Qualcomm’s MDP devices.

The Qualcomm MDP tablet features a Qualcomm Snapdragon 800 processor, plus an 11.6 inch full HD display with a resolution of 1920 x 1080 pixels and comes with 2GB of RAM. 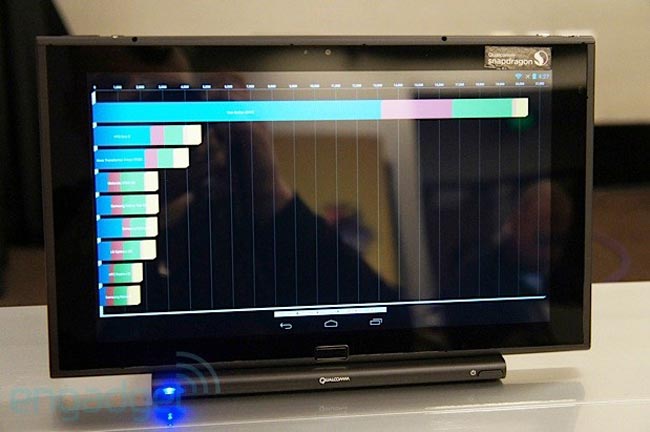 Other specifications on the device include 32GB of built in storage, front and rear facing cameras with a 12 megapixel snapper on the back and a 2 megapixel camera up front.

According to the Engadget report, the Qualcomm Snapdragon 800 processor totally blows away its predecessors in benchmarks, have a look at the results below comparing Qualcomm’s MDP devices to an S4 Pro powered device and the Samsung Galaxy S4 with an Eynos 5 Octa processor. 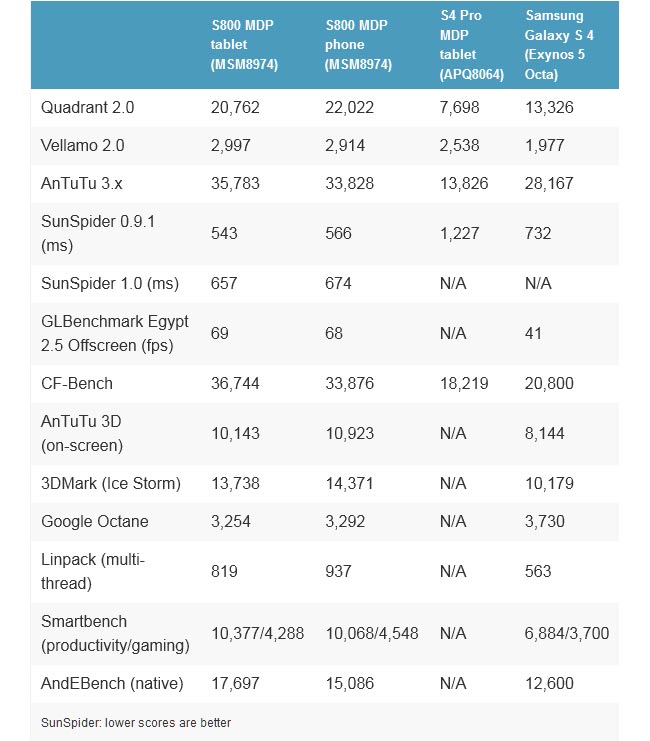 From the results it looks like the new Qualcomm Snapdragon 800 processor is going to be very impressive, we are expecting the first devices to use this processor to launch later in the year.