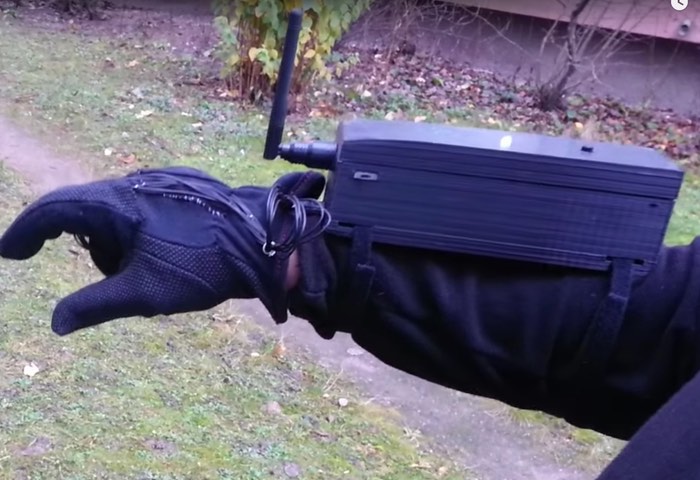 A few years ago Josef Holmner created an awesome Arduino powered wrist worn quadcopter controller that allows pilots to control their flying drones using just one arm, and gestures which trigger different systems on the drone.

For instance the throttle is controlled by bending the index finger, while the pitch and roll are controlled by the angle of the pilots hand. At the time of build, back in 2014, Holmner didn’t have a chance to create an instructional video, but now he has corrected this and now published a great overview of the build process via YouTube.

The components required to create the system include an Arduino Nano development board, digital potentiometer, flex sensor, a pair of push buttons an IMU, and of course a glove. Together with the Arduino code you will require as well as schematic’s and part lists allow you to create your very own one-handed Arduino powered quad copter transmitter. Check out the video below to learn more.

For more details on all the schematic southern part lists jump over to the Dropbox link below. If you enjoyed this article you are sure to enjoy how to build your very own Arduino wind speed meter or anemometer project which is easy to build with basic Arduino skills.