Qbo is an open source robot that we featured on the site back in May, and the developers of the robot have been working on the functions it can perform and he is now capable of recognizing pictures.

As well as recognizing objects and pictures, Qbo is also capable of recognizing his own reflection in a mirror, have a look at the video of him in action below. 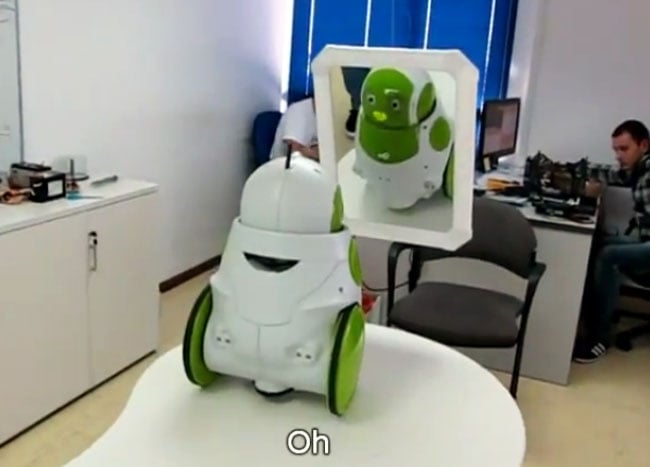 A few days ago, I remembered when someone told me that only the human beings, the dolphins and some species of apes can recognize themselves in front of a mirror. Qbo has two independent nodes, one for face recognition and another for object recognition. Despite being obvious for everyone who works in Robotics what would happen if we put Qbo in front of a mirror, we posted a video for those who still doubt if Qbo recognizes himself as a person (eyes, nose, round face) or as a simple object.

You can find out more details about Qbo over at Qbo Blog.