The Qbo open source robot project started by Francisco Paz  has been under development for some time and is open to anyone who would like to provide help and assistance with the development of the Qbo Linux robot.

The Qbo only has a few operations at its disposal currently but for a robot make of over 30  plastic parts and with no arms (due to the high costs involved) that’s pretty impressive. 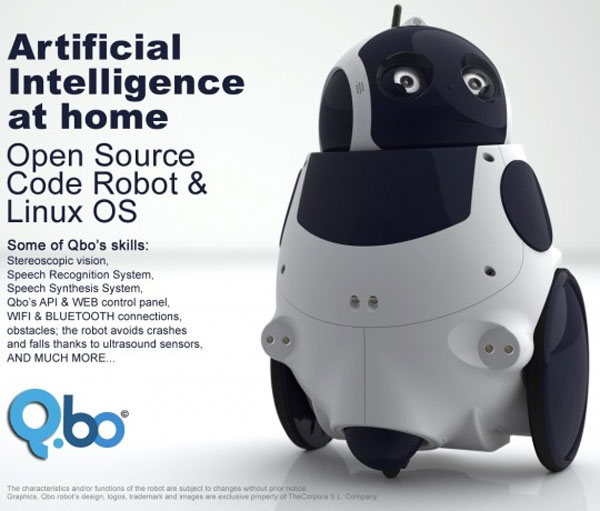 Qbo’s operations include stereoscopic vision, which allows calibration for two webcams, depth, face, color, and object recognition, and  the ability to track faces and objects.

Qbo’s equipped with a map generating software which is currently in beta testing, and he also features speech recognition, speech Synthesis systems, a WEB control panel.

Unfortunately theres still no release date at the moment.