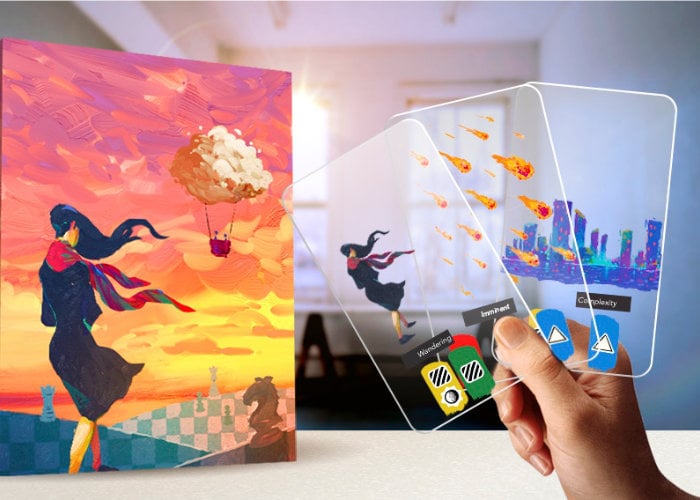 Canvas is a unique puzzle game which uses transparent cards to help players create unique illustrations. Launched via Kickstarter this week Canvas is a 1 to 5 player game and offers millions of unique combinations.

The Kickstarter project set out to raise $14,000 but thanks to nearly 10,000 backers the project has already raised over $445,000 with still eight days remaining on its campaign.

“On your turn, take a transparent card. The leftmost card is free. Each subsequent card costs an extra Inspiration Token. If the card you select contains tokens, take them. Layer your transparent cards to reveal or cover different combinations of design element icons. Create a painting by sleeving 3 transparent cards together. Then present your masterpiece. Gain ribbons by matching the scoring cards. Try to match as many scoring cards as you can to gain the most points and win Best In Show!”

“Our previous games had an average delivery of 7 months after campaign, so we are confident Canvas can deliver in a similar time frame. The estimated delivery date for this project is December 2020, though delays are always a possibility. Due to the logistics of international shipping, some backers may receive their rewards sooner than others. “