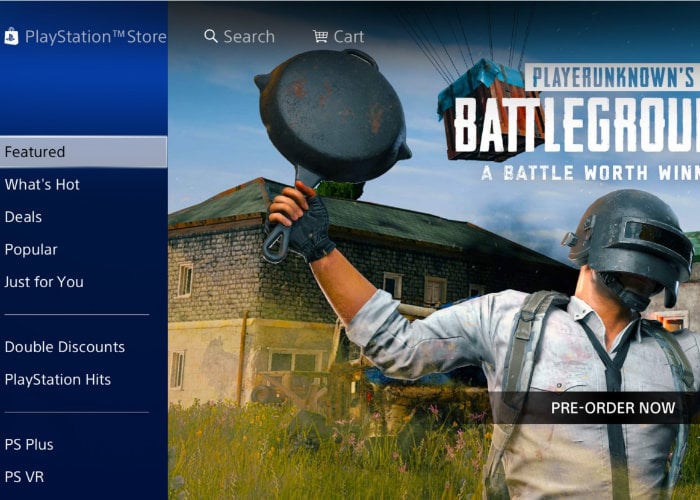 With rumours circulating that developers Bluehole are gearing up to launch the battle Royale game Player unknown Battlegrounds (PUBG) on the PlayStation platform in the near future. A preorder button has been spotted over on the official PlayStation Store website indicating that the game may be released very soon.

Unfortunately the pre-order tab that appeared on both the Featured and PS Plus tabs of Sony’s US PS4 PS Store, resulted in an error when clicked. “This content cannot be selected at this time” and was probably tested or enabled the little you can wanted.

However the confirmation that the preorder button actually exists indicates that both Sony and Bluehole are seriously considering bringing the battle royale game to the PlayStation platform. As soon as we have any more information from Sony or the games developers we will keep you up to speed as always.

PUBG is already available to play on PC and Xbox One consoles was first launched back in 2017.