Here on Geeky Gadgets we have covered the ups and downs (mainly downs) of the Sony’s PSN network over the last month since April 19th when the first outages were reported. Since then there have been many turns and twists in the Sony story, which even now isn’t finished.

If you have been one of the 77 million accounts hacked and effected by the outages, the infographic after the jump tries to explain the costs that have been involved for both Sony, its customers and their game developers. 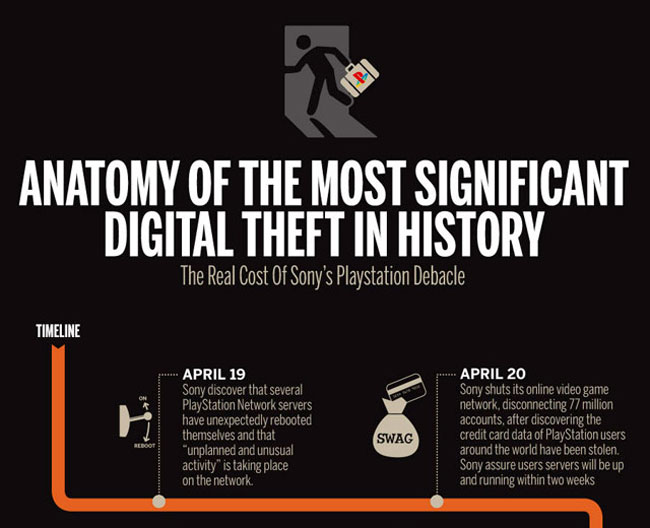 The financial data has been calculated and collected using independent research data from the Ponemon Institute.