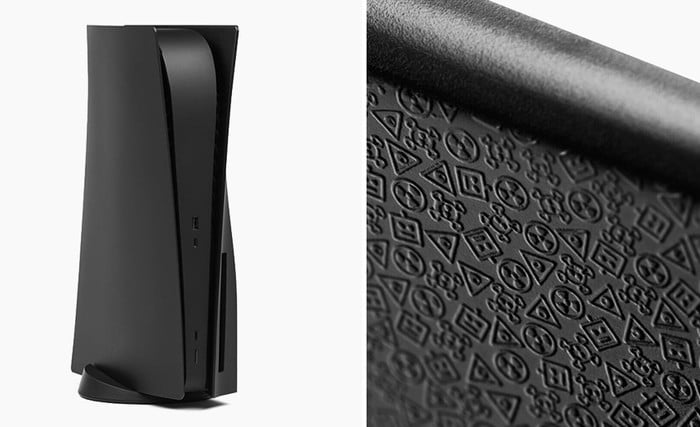 If you are considering purchasing some PS5 Darkplates for your PlayStation console, you’ll be disappointed but not surprised to learn that Dbrand has had to remove the PS5 Darkplates from sale after Sony has threatened legal action. The PlayStation accessory allows you to easily swap out the PlayStation side plates, but as many thought Sony have now stepped in to stop the sale of third party replacements, which is a real shame. Dbrand has removed their side plates from sale after receiving a cease and desist letter from the Sony legal team.

“As you may have noticed, much like your hopes and dreams, Darkplates are dead. Here’s why. The tl;dr is that we were served a Cease & Desist letter from lawyers representing Sony Interactive Entertainment. Naturally, there’s a lot to unpack, including:

– consideration that Sony might want to send Netflix a C&D over Squid Game,
– anecdotes about Ford F-150s and Right-to-Repair,
– speculation over Sony’s upcoming product launches, and
– quotes from the Cease & Desist we received.

Hopefully you’ll stick around for the entire ride. If not, suffice it to say that they threatened us with legal action. More specifically…