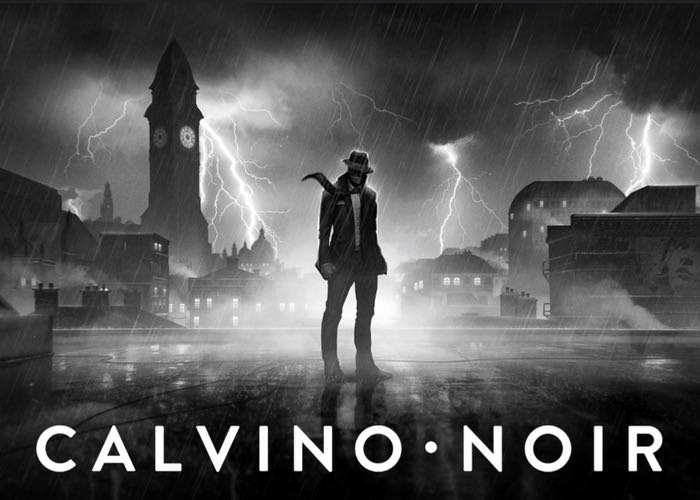 Dan Walters Director of the new Calvino Noir game has revealed more details about the upcoming game that will soon be launching on PlayStation 4 systems.

The game as the name suggests takes its inspiration from the history of noir cinema and includes a classic film noir plot with characters inspired by films such as Bladerunner, and games such as Deus Ex.

“The world of Calvino Noir borrows a lot from the war-torn and cruel portrayal of Vienna in The Third Man, one of my favorite films.

Architecture is also a big influence. We have been looking a lot at building design and architectural drawing styles. It is all about form and light, but in a very different way to film noir. We got our architect friend Ceri Williams to design realistic buildings from that place and time. With the monochrome art style, I think the arches, staircases and pillars all look stunning.

The spaces you move through feel like they could be places people would actually inhabit. That makes it more satisfying to sneak through to find clues or avoid guards. It is a new treatment for the platform game genre. Each location is set out like a real church or factory or hotel. For games that use stealth like ours, environment design is essential to not only give you fun places to hide, but also to build routes around interesting locations that actually make sense.”

Calvino Noir is expected to also launched on iOS and PC at some point in the future although release dates have yet to be announced. Jump over to the Calvino Noir website for updates and more game information.