Warning: They will blow your mind. If you think Syd Mead is the most badass concept artist to ever consult for Hollywood productions, get a load of Ridley Scott’s own contributions (plus a few others). Mr. Scott of Alien and Gladiator fame is legend for his detailed storyboarding. In fact, he’s right up there with James Cameron when it comes to mad drawing skills. Not kidding—the spaceships on Aliens and the nude sketch of Kate Winslet on Titanic? James Cameron’s work. No wonder both directors have a proclivity for epic films. Though Mr. Scott’s oeuvre is a bit more eclectic. 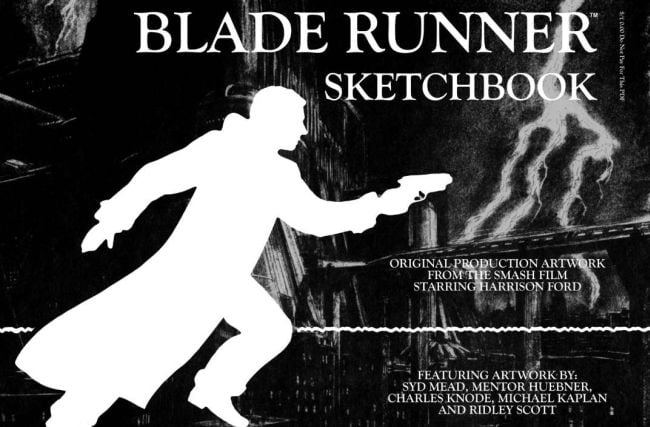 Above is the drab cover for the book where the vaunted sketches are found; it has been out of print for ages now.

Anyway, back in 1982 when Blade Runner was released to negative acclaim ( a condition that usually certifies a cult movie), a sketchbook was outed to promote the films lavish take on sci-fi noir. The resulting selection of drawings are wonderfully retrogressive portraits of the human imagination circa three decades ago. Rally, it’s Syd Mead who’s the real winner here. Along with H.R. Giger, he’s the only other artist whose career was boosted by an association with Ridley Scott.

View them thru a slideshow. It’s worth several minutes awesomeness.