N-Control has just announced that they are no taking pre-orders for their PS3 version of the N-Control Avenger controller add-on. The N-Control Avenger has been available to Xbox 360 players since February 2011, but soon PS3 games will also be able to benefit from the adapters enhanced gaming control.

The PS3 N-Control Avenger like the Xbox 360 version has been designed to enhances the gamer’s manual dexterity and situational awareness by improving accuracy and reaction time. By reducing the amount of movement required to press a button or triggers, and also allowing you to access nine functions simultaneously. 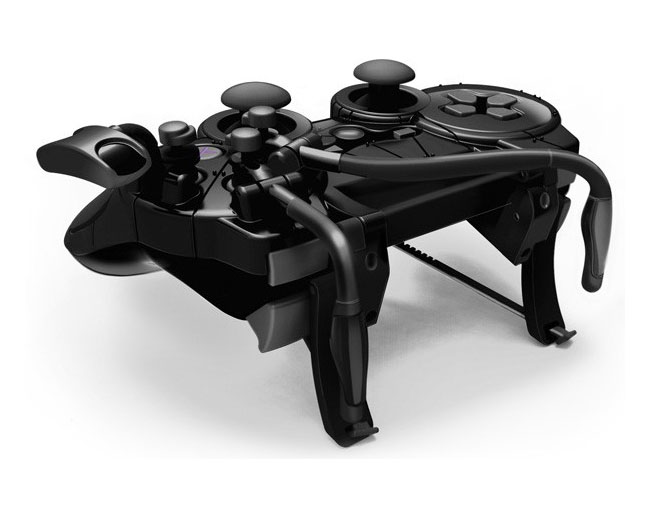 The Avenger comes complete with stabiliser tripod, high-precision tension straps, hair-triggers, and sensitivity adjusters, which can be fine-tuned like a precision weapon. The new PS3 N-Control Avenger’s launch date has been set to coincide with the launch of Activision’s Modern Warfare 3 game this November but can be pre-ordered now for $48.99 making sure you don’t miss out.

N-Control explain on their website: “This will be a limited release launch for the PS3 AVAILABLE FOR PRE ORDER NOW we will be releasing 5000 units worldwide and will be shipping in November 2011!”