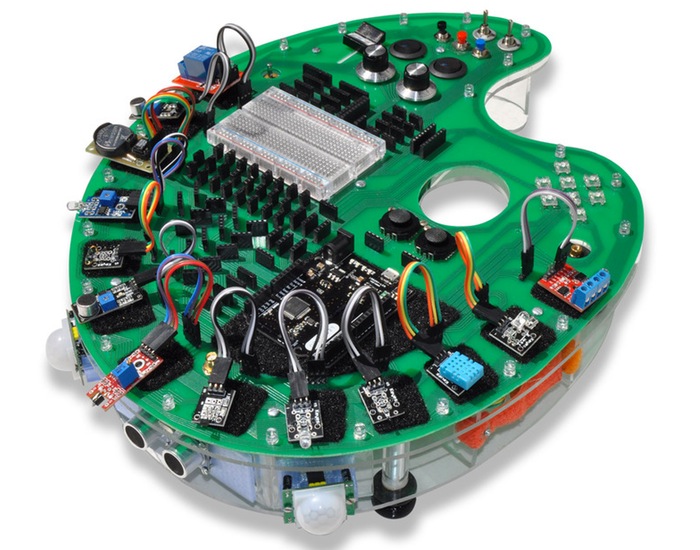 Some of our readers might remember the ProtoPalette which we featured back in July of this year. Which has been specifically designed to enable developers and hobbyists that enjoy creating projects using the Arduino platform to prototype their projects with ease and much quicker.

The ProtoPalette is a portable, fully customisable platform lets you construct projects using the Arduino platform and keeps your projects components easily accessible. Watch the video after the jump to learn more about the ProtoPalette project and see it in action.

“It takes so much mental energy to organize a simple electronics project that most people quit before they build what they envisioned. Because it is difficult – especially for inventor types – to stay focused on their creative vision and get things done, most Arduino projects die in a pile of unused, misunderstood components.

ProtoPalette actually helps you think through and test your ideas, from the most basic, to the wackiest stuff ever. Wherever you want to go with your electronics inventions, ProtoPalette is the system that gets you there.”

The ProtoPalette project is currently over on the Kickstarter crowd funding website looking to raise $3,500 in pledges to make the jump from concept to production.

So if you think ProtoPalette is something you could benefit from, visit the Kickstarter website now to make a pledge and help ProtoPalette become a reality.

The Arduino ProtoPalette development board features include :