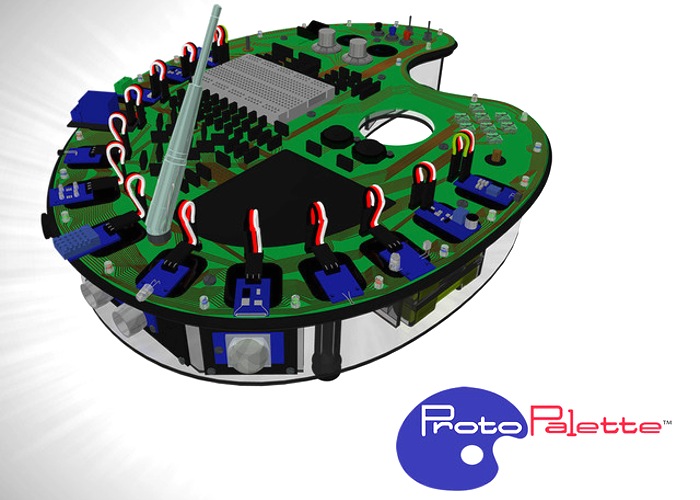 Developers and makers interested in creating new Arduino projects, prototypes or teaching others about the Arduino platform, might find the ProtoPalette a useful addition to their equipment.

The ProtoPalette has been designed to be completely portable and fully customisable platform supporting the Arduino programming language, enabling you to quickly construct Ardunio projects and prototypes using a range of sensors. 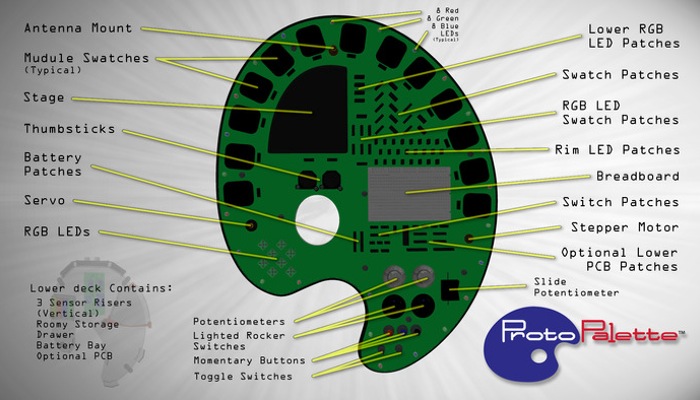 “It takes so much mental energy to organize a simple electronics project that most people quit before they build what they envisioned. Because it is difficult – especially for inventor types – to stay focused on their creative vision and get things done, most Arduino projects die in a pile of unused, misunderstood components.

ProtoPalette is moldable to your unique learning style. It inspires you. ProtoPalette actually helps you think through and test your ideas, from the most basic, to the wackiest stuff ever, ProtoPalette is the system that gets you there.”

The ProtoPalette project is currently over on the Kickstarter crowd funding website looking to raise $12,500 in pledges to go into production. So if you think ProtoPalette is something your Arduino projects could benefit from, visit the Kickstarter website now to make a pledge from $129 and help ProtoPalette become a reality.