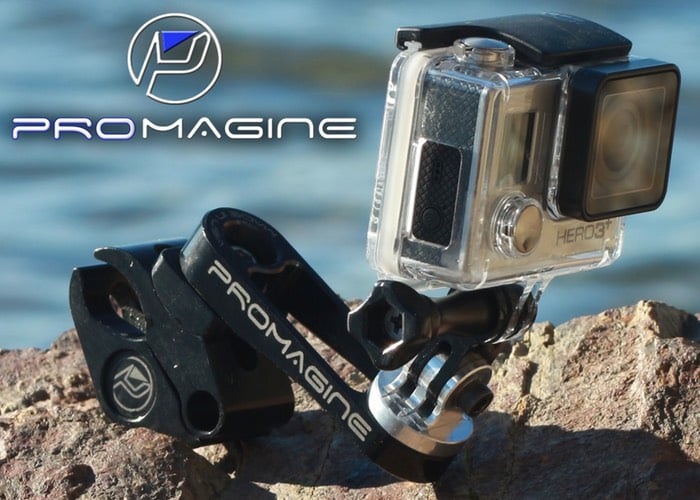 Anyone who owns a GoPro action camera may be interested in a new range of professional GoPro mounts that have been created by Promagine based in the US.

The team behind the new GoPro mounts are now looking to raise $15,000 over on Kickstarter to help take their concepts into production. Watch the video below to learn more about their range of professional GoPro mounts.

There are a range of different specifications to suit your needs and Promagine explain a little more :

“You may already own a GoPro or Reel camera. And if you do, you probably have had some kind of failure with your mounting system.  That’s where we were when we decided that there was a need for a really high quality mounting system for these really cool and fairly expensive cameras.  So we set out to design the best possible mix of, super cool, versatility, ease of use, and affordability into a camera mounting system. And this is what what we have come up with so far.

When setting out to design the best possible mount we had five main goals in mind: functionality, rigidity, versatility, durability, and it needed to look cool too! Early on we agreed that the mounting head needed to have 360 degrees of rotation. So, we designed a 360 degree rotating head that uses friction to allow the user to adjust the amount of tension on the rotation of the camera head.

We decided the mounts had to be 100% CNC machined from high quality 7075-T6 aircraft grade billet aluminum for the added rigidity and strength it provides. We designed them using SolidWorks. This gave us the ability to see it function before we made it. We also did some stress analysis to optimize the design for the best combination of light weight, rigidity, and durability.”

For more information on the new GoPro mounts jump over to the Kickstarter website for details via the link below.