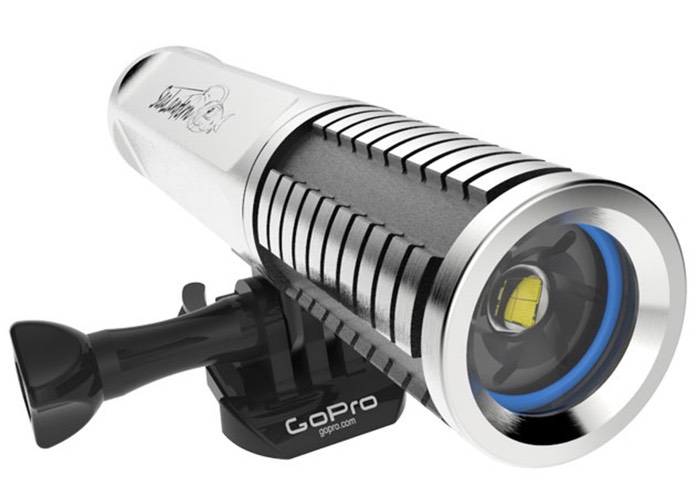 Anyone in the market for a rugged durable waterproof torch may be interested in a new project that is also from the Kickstarter crowdfunding website looking to raise $35,000 to make the Flame Angel a reality.

Designed by Carl Thom the Flame Angel has been equipped with the ability to be mounted to GoPro fittings and also has a touch sensor and is waterproof to 300 m. Allowing you to take it wherever your adventures may be.

“We believe that how a flashlight looks, is at least as important as what it does and how it functions. So we set out to make Flame Angel something of a masterpiece both in its’ deliverance and appearance which you’ll love to use on every one of your dives or adventures.

Flame Angel was built for the confidence you get from a well engineered product, and the reassurance that she’ll perform flawlessly and effortlessly no matter where you go or how harsh you treat her.

Flame Angel was designed to be more natural and reliable in its operation so we innovated a new type of user interface called PPEC+, delivering full effortless functionality minus the fuss and worry about getting sand stuck in there or breaking and tearing the rubber seals causing water leaks common in other lights, since PPEC+ has zero moving parts to fail, wear out or break and leak.”

For more information on the new Flame Angel jump over to the Kickstarter website for details via the link below and make a pledge from $219 to be one of the very first to own one.