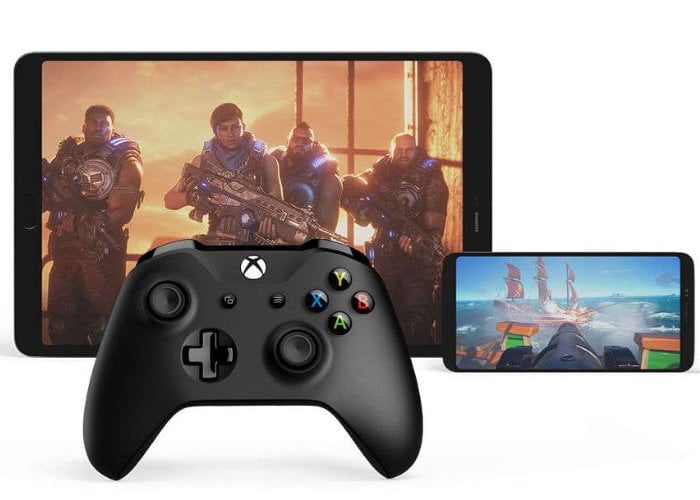 Next month during October 2019 Microsoft’s new game-streaming service, Project xCloud, will enter open public testing next month. Xbox gamers throughout the United States, United Kingdom and South Korea will be able to enjoy AAA titles on their smartphones, tablets and other screen-based devices via the Project xCloud game streaming service.

Although don’t get too excited as Microsoft is not rolling out the ability for gamers to stream games from their own Xbox to their mobile devices, previously announced. But rolling out the Azure-based game-streaming service live via with plans to roll out public testing for the console component sometime later this year. A spokesperson for Microsoft explains a little more :

“We’re excited about partnering with Android partners in the early phases of our public preview and are working closely with others in the industry to bring game streaming to a wide variety of devices with a screen and internet connection,”-“We’ll have more to share about bringing Project xCloud to other platforms at a later date.”

If you are interested in taking part in the xCloud public preview you will need an Android tablet or smartphone running Google’s Android 6.0 operating system or higher with a Bluetooth enabled Xbox One gamepad attached. Four games will be available at launch in the form of Halo 5: Guardians, Gears 5, Killer Instinct and Sea of Thieves and are available for free during the preview development stage.

Here’s what to expect from the Project xCloud public preview and how you can register to participate:

– If you’re in the US and UK, you can sign up to register today here, and if you’re in Korea, you can register here. We’ll begin to send invites in the coming weeks. With a goal of learning and improving quickly, we’re taking a phased approach to our public preview, starting with a small number of participants to get initial feedback, then opening it up to more and more gamers. If you don’t receive an invite right away, there will be other opportunities; we’ll continue to open up more spots over time.
– Xbox launched with Halo, and so will the Project xCloud public preview. It will begin with Halo 5: Guardians, the all-new Gears 5, a fantastic fast-twitch fighter Killer Instinct, and the online adventure Sea of Thieves. This is just the beginning as our content library will continue to grow as the preview progresses.
– There are a few requirements to participate in the Project xCloud preview. You’ll need a phone or tablet running Android 6.0 or higher with Bluetooth 4.0; a Microsoft account; a Bluetooth-enabled Xbox One Wireless Controller; and while not required, we recommend a phone mount for your controller. Project xCloud runs on Wi-Fi and mobile networks in your area.
– You will be able to access content through our all-new Microsoft Game Streaming app, available in the coming weeks for Android devices. It’ll be available for all to download, but you’ll only be able to sign in once you’ve received an official invite into the preview.

For more information and to register to become part of the Project xCloud Public Preview jump over to the official Microsoft Xbox Wire website by following the link below.