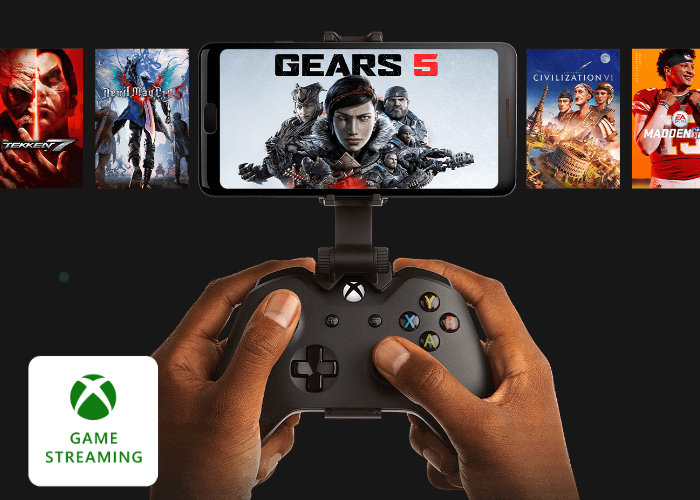 If you are already involved in the Microsoft Project xCloud preview or are considering taking part, you may be interested to know that Major Nelson has published an update today providing more insight into the Project xCloud game streaming service currently available for free. Xbox Project xCloud offers a chance to test out streaming Xbox titles direct to your mobile devices, with 50 Xbox favourites already available on the Android platform. xCloud allows you to stream over the cloud directly to your mobile device.

Games can be streamed either wirelessly or through your mobile network and those interested can help refine the game streaming platform during its development stage. To enjoy and text the xCloud Preview, you don’t need to own the games or even an Xbox console. “Test streaming console-quality titles from the cloud—no waiting for downloads. We’ll continue to add more games over time for you to discover and play”.

“Over the past couple of months, we’ve received some great and insightful feedback on how people are playing games in the Project xCloud preview. We’ve read anecdotes about picking up an old favorite on a lunch break or finally getting to that game that’s been sitting in your back-log. We also heard that many of you have enjoyed a new game that wasn’t previously on your radar.

We want to help all of you discover that next great adventure while making it as easy as possible to view the game and jump in. To do so, we’re rolling out a new feature to Project xCloud preview starting today for Android phone and/or tablet users in all preview markets.

When you open up the Xbox Game Streaming preview app, you’ll see a set of trailers for five different games you can swipe through at your leisure. As you watch the trailer, the game will load in the background and if a particular game catches your eye, you can jump in and play or keep searching for something else. We’ll continue to mix in new trailers to keep things fresh and to help you try something new.”

To register your interest in taking part jump over to the official xCloud website by following the link below.