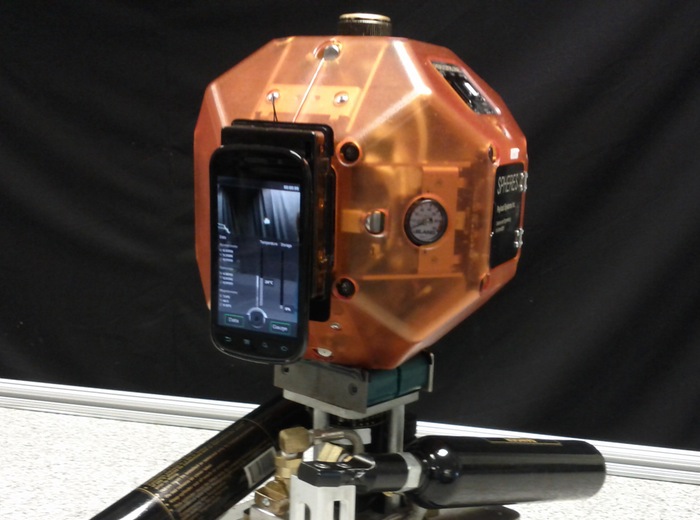 The Google Project Tango prototype consists of smartphone and tablet devices that have been equipped with 3D mapping technology. Check out the video after the jump to learn more about Project Tango and how it is assisting NASA.

The Project Tango NASA Spheres or NASA’s Synchronized Position Hold, Engage, Reorient, Experimental Satellite program have been designed to navigate themselves through environments by understanding their surroundings, using the Project Tango technology.

The ultimate goal is for the NASA Spheres two become autonomous and eventually help astronauts carry out their daily chores. NASA explains :

“The SPHERES program aims to develop zero-gravity autonomous platforms that could act as robotic assistants for astronauts or perform maintenance activities independently on station.

The 3D-tracking and mapping capabilities of Project Tango would allow SPHERES to reconstruct a 3D-map of the space station and, for the first time in history, enable autonomous navigation of a floating robotic platform 230 miles above the surface of the earth.”

After extensive testing the new Project Tango NASA Spheres are expected to launch into space for the first time on July 11th 2014.